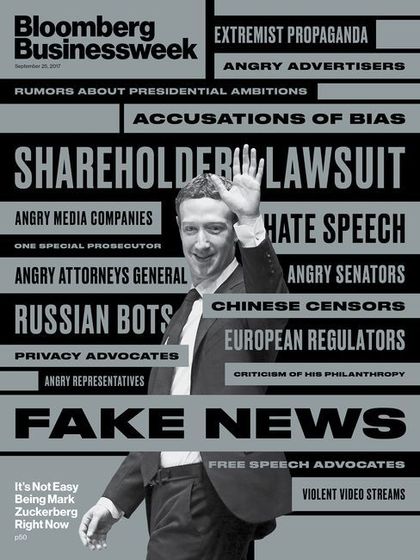 Heartfelt thoughts and concern for Puerto Rico that was badly battered by Hurricane Maria this week and central Mexico, where at least 273 people have died from a 7.1 magnitude earthquake and where a frantic search for survivors continues.

“I cannot in good conscience vote for the Graham-Cassidy proposal. I believe we could do better working together, Republicans and Democrats, and have not yet really tried,” McCain said in a statement.

BREAKING NEWS … McCAIN SAYS HE WILL VOTE ‘NO” … As I was about to send this report … For now, McCain’s ‘NO’ vote on Cassidy-Graham, deals a potentially decisive blow to the health care repeal effort. With Susan Collins (R-Maine) leaning toward ‘no’ and Rand Paul (R-Ky.) a definite ‘no,’ the Republicans can’t afford to lose a single additional vote. DEVELOPING STORY.

Even with McCain voting no, this is still worthwhile to watch.. Jimmy Kimmel Video

WashPost “Two developments are accelerating the effort: Key Senate Republicans reached a tentative deal this week to allow for as much as $1.5 trillion in tax reductions over 10 years; and there is a growing willingness within the GOP to embrace controversial, optimistic estimates of how much economic growth their tax plan would create.”

“Republican leaders hope they can pass the tax cut plan along party lines, using a Senate procedure called ‘reconciliation’ that requires only 51 votes. To do this, the House and Senate must pass matching budget resolutions that specify the size and impact of any tax cut measure.”

The bottom line: Axios “Our GOP sources agree that chances are improved, with the most likely outcome being a significant tax cut for corporations, small businesses, and individuals making less than $150,000 a year.

White House hopes for Democratic votes are overblown: This will likely pass with only Republican votes. And there’s a long way to go: The Senate Finance Committee will want, for political reasons, to preserve many tax breaks. That would drive up the deficit, and could trigger a revolt by the House Freedom Caucus.”

Bloomberg’s “The Treasury Department still lacks permanent officials in half of its highest-ranking political jobs more than eight months into Donald Trump’s presidency, leaving Secretary Steven Mnuchin shorthanded as he tries to carry out the administration’s ambitious economic agenda. Only nine of the 18 positions in Treasury requiring Senate confirmation have been filled, and only three additional nominees have been named by the Trump administration. “Among the vacancies is deputy secretary, who is Mnuchin’s top lieutenant and a key figure in the day-to-day operations of the department. Trump has yet to find a nominee for the job since Goldman Sachs partner Jim Donovan removed himself from consideration in May. ‘I cannot imagine having this skeletal staff if a crisis were to hit,’ said Stephen Myrow, who worked at Treasury during the George W. Bush administration when the global financial crisis began.

EPA employees have been ordered to attend mandatory ‘anti-leaking’ classes this week … and it leaked. AP It is part of a broader Trump administration order for anti-leaks training at all executive branch agencies. … Government employees who hold security clearances undergo background checks and extensive training in safeguarding classified information. Relatively few EPA employees deal with classified files, but the new training also reinforces requirements to keep ‘Controlled Unclassified Information’ from unauthorized disclosure. [And] a three-page fact sheet sent to EPA employees as part of the training warned that leaks of even unclassified information could have serious consequences to national security.”

The Atlantic “Donald Trump’s secretary of energy, Rick Perry, once campaigned to abolish the $30 billion agency that he now runs, which oversees everything from our nuclear arsenal to the electrical grid. The department’s budget is now on the chopping block. But does anyone in the White House really understand what the Department of Energy actually does? And what a horrible risk it would be to ignore its extraordinary, life-or-death responsibilities?

“Why the Scariest Nuclear Threat May Be Coming From Inside the White House” … a simply terrifying (and long) read. Click Here.

WashPost “If you took a shot of liquor every time Luther Strange name-dropped the president during a televised debate last night, you’d probably be too hammered to attend Donald Trump’s rally for him in Huntsville later today. Heck, depending on your tolerance, you might still be too hung over to go vote next Tuesday in the GOP runoff.

The senator, who was appointed to replace Attorney General Jeff Sessions, doesn’t just want to ride Trump’s coattails to a come-from-behind victory against former Alabama Supreme Court chief justice Roy Moore. The 64-year-old is gambling his political future on being able to successfully play the Trump card. IN FACT, it took a full-court press by establishment Republicans in the Senate to convince an ambivalent president that he should travel to Alabama. White House aides were deeply divided as recently as last week about whether Trump should risk humiliation by holding a rally for someone who trails in the polls. Strange — who is known as “Big Luther” because he’s 6’9” — has dramatically outspent Moore, but Moore has a devoted following among evangelicals and activists. While polls show Moore ahead, the race is tightening in the closing days as establishment groups like the U.S. Chamber of Commerce and McConnell’s super PAC relentlessly pound Moore with negative ads and play up the president’s endorsement. Turnout is expected to be low, and it’s hard to predict what the electorate will look like.” (To say that Roy Moore is controversial is an understatement … he is a former Chief Justice of Alabama who was twice removed from the bench for defying judicial orders.)

WSJ: “U.S. authorities placed Paul Manafort under surveillance after he was ousted as Donald Trump’s campaign manager in the summer of 2016, according to U.S. officials with knowledge of the matter. The surveillance, which was part of a counterintelligence investigation into Russian interference with the presidential election. … armed with a warrant, investigators still could have conducted clandestine surveillance of Mr. Manafort, possibly by obtaining copies of his emails and other electronically stored communications, or by having agents follow him or conduct physical searches of his property. … Mr. Manafort has become one focus of a probe lead by Special Counsel Robert Mueller, who is examining possible coordination between the Trump campaign and Russia during the campaign as well as whether Mr. Trump obstructed justice when he fired former FBI Director James Comey.

Investigators have reviewed intelligence reports suggesting he was in contact with Russian operatives as early as 2015, according to current and former U.S. officials. In the spring of that year, U.S. spy agencies captured Russian government officials discussing associates of Mr. Trump, including Mr. Manafort, the officials said. In some cases, the Russians in the overheard conversations talked about meetings held outside the U.S. involving Russian government officials and Trump business associates or advisers, the current and former officials said.

Those reports could have provided a basis for seeking a warrant to monitor Mr. Manafort, even months after the conversations occurred, if they indicated he was working on the Russian government’s behalf, one official said. … According to a January report from the U.S. intelligence agencies, Russia’s interference was directed at the highest levels of its government. Its tactics included hacking state election systems; infiltrating and leaking information from party committees and political strategists; and disseminating through social media and other outlets negative stories about Democratic nominee Hillary Clinton and positive ones about Mr. Trump, the report said”

Hoping To Keep Her Day Job

theSkimm “This weekend, Germany heads to the polls for a parliamentary election. German Chancellor Angela Merkel has been in power for over a decade, and is hoping to keep her job. In that time, she’s been the MVP of some major EU crises. She and her main contender had one debate. And discussed almost no key issues. Earlier this year, it was looking like he might pull off an upset, but not anymore. BTW, this is the first time since WWII that a far-right party has a chance for seats in parliament. Something else to keep on the radar: Germany is the largest member of the EU and its biggest economy. So what happens in this election matters not just to the country, but to the entire continent.”

theSkimm “Is that you, Russia? Yesterday, Facebook announced that it’s handing over details on 3,000 ads to Congress. The company says the ads were bought by Russian-linked accounts during last year’s presidential campaign. It’s already given the info to the special counsel investigating Russia and the 2016 election. But Congress wanted it too. Facebook and Twitter have been under a very bright spotlight for the role they may have played in spreading Russian propaganda during the election. And it’s something that could push lawmakers to enforce harsher social media regulations. To try to get ahead of it, yesterday Facebook rolled out some new rules for political ads to make it more transparent who’s bankrolling them. Baby steps.

Talking A Lot Of Smack

theSkimm “President Trump and North Korean Dictator Kim Jong Un are talking a lot of smack. Earlier this week, Trump made his UN debut by saying if the US is forced to defend itself, it will “totally destroy” North Korea. Then, he unwrapped an executive order giving his administration new powers to sanction people and companies that do business with the country. The goal: to cut off financing that props up the North’s weapons programs. Even China – North Korea’s largest trading partner – seems to be on board. Yesterday, Chinese authorities ordered the country’s banks to cut ties with North Korea. WHAT’S Kim Saying? That Trump is ‘mentally deranged and will “pay dearly’ for his threats. And NK officlals warn that the country is now considering testing a hydrogen bomb in the Pacific. WHAT’S EVERYONE ELSE SAYING? *anxious silence* Pretty much everyone, including the Trump Administration is hoping these sanctions will squeeze the North into sitting down to the negotiating table. … These sanctions are similar to ones that got Iran to back off its nuclear program. Time will tell if the same tactic works with North Korea.”

The war of words between President Donald Trump and North Korean leader Kim Jong Un continues [ to escalate]. Less than a day after Kim called Trump a “dotard,” Trump took to Twitter to declare that the North Korean strongman is “obviously a madman”
“… I will surely and definitely tame the mentally deranged U.S. dotard with fire.”
– Kim Jong-un responding to Trump’s U.N. threat to “totally destroy” North Korea. The NYTs says the remarks are “believed to be the first time a North Korean leader directly issued a statement to the world under his name.

Must See If Visiting D.C.

The “America’s Presidents” exhibit at the Smithsonian’s National Portrait Gallery (full disclosure, this is my favorite museum) reopens today … Closed since early this year, the rooms [are] devoted to portraits of this country’s chief executives (and sometimes their wives and family members).

WSJ “Silly Rabbit! Original Trix With Artificial Colors Is Back After Customers Revolt: Using radishes and turmeric instead of Red 40 and Yellow 6 didn’t work for children and adults alike.” General Mills … started selling all-natural Trix in early 2016 made … with radishes, purple carrots and turmeric.” The company’s “seven reformulated, all-natural cereals boosted sales by 6% … At the same time, natural-ingredient haters [!] flooded the company with calls, emails and social-media posts.So … General Mills has decided to reintroduce the original, more-vibrant Trix, artificial flavorings and all, and will start selling it on supermarket shelves alongside the more wholesome version in October. WHO WANTS HEALTHLY? The reintroduction of Classic Trix is a reversal of General Mills’ pledge two years ago to remove artificial colors and flavors from all its cereal brands.” 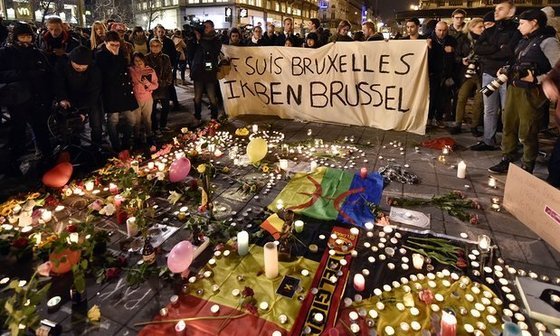 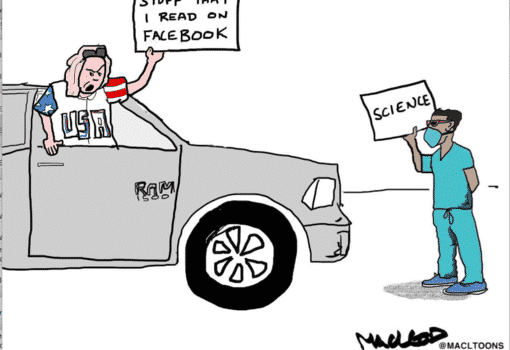