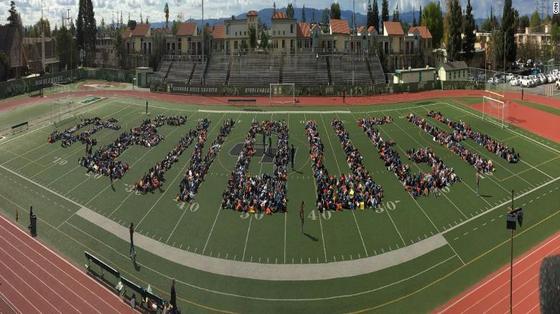 Lamb Chops … Denial Ain’t Just A River In Egypt … Rexit … School Walk Out … Season 2 @theWhiteHouse … Dems Plan For 2018 … MayDay … His Mind Roamed The Cosmos … and other news of the week. 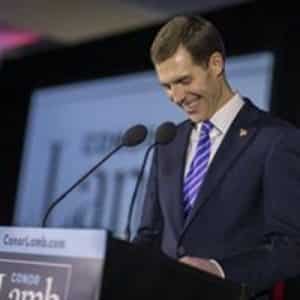 The Atlantic “After a nail-biter election, Democrat Conor Lamb declared victory over Republican Rick Saccone in Pennsylvania’s 18th district. Lamb is up by roughly 600 votes.”

Politico “ONE SMART REPUBLICAN told us earlier this week to watch closely how the GOP reacts to a Rick Saccone loss in Pennsylvania’s 18th district, a deep red slice of Pennsylvania, where the party spent nearly $10 million on what should’ve been a layup special election. If Republicans brush it off as a fluke, they’re in trouble, he said.

[NRCC] Chairman Steve Stivers (R-Ohio) led off the huddle by calling the race ‘a wake-up call,’ said one person in attendance. … BUT … @jmartNYT “Standing outside the House R caucus, very few of them want to come to terms with the reality of cycle. Still fixated on Saccone weakness.”

SURE, Rick Saccone might’ve been a weak candidate and Conor Lamb a star. But Republicans should’ve put this district away easily. They didn’t.

“While Trump had won far more precincts in the district than Hillary Clinton, Lamb was able to win in 172 of those won by Trump. Saccone, unsurprisingly, won in zero of precincts that Clinton had won.”

NOT OVER TILL IT’S OVER “The special congressional election in Pennsylvania appears headed to a recount, with Republicans preparing behind the scenes to cry foul after the vote count showed Democrat Conor Lamb leading Republican Rick Saccone by 627 votes. The GOP is considering challenging the accuracy of voting machines in the district, in addition to confusion over the state’s changing congressional map later this year, according to two sources familiar with the process, granted anonymity to discuss ongoing plans that have not been finalized.”  Sigh. 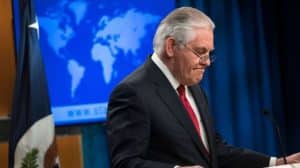 REXIT For Real This Time

Axios “Rex Tillerson told national TV today that he got a call from President Trump around noon, roughly three hours after being fired on Twitter.

Trump tweet at 8:44 am that day, “Mike Pompeo, Director of the CIA, will become our new Secretary of State. He will do a fantastic job! Thank you to Rex Tillerson for his service!”

Pompeo’s potential successor: CIA Deputy Director Gina Haspel, who would be the first female director of the CIA [and played a role in the CIA’s torture program in Thailand where Al Qaeda terror suspects were subjected to torture techniques].

P.S. State Department Under Secretary Steve Goldstein was fired Tuesday after issuing a statement saying Rex Tillerson had not spoken with the president prior to being fired.

Politico “Trump’s decision to nominate CIA Director Mike Pompeo to replace Rex Tillerson at the State Department — and to elevate Pompeo’s controversial deputy Gina Haspel, who hasn’t previously been confirmed — has created a pair of high-stakes battles in the Senate, where the GOP enjoys a threadbare 51-49 advantage. With Sen. Rand Paul (R-Ky.) opposing both nominees and Sen. John McCain (R-Ariz.) absent while he undergoes treatment for brain cancer, Trump will need Democrats to support his picks. “The looming struggle to get Cabinet replacements through underscores just how much the political calculus has changed for Trump since the early days of his administration, as Democrats look ahead to the midterms and throw off any semblance of cooperation with the White House.”

Rolling Stone “On Tuesday, gun-control activists painstakingly laid out 7,000 pairs of sneakers in front of an empty House chamber – each representing one of the children who has been gunned down since the Sandy Hook Elementary School shooting in 2012. MEANWHILE, lawmakers debated a largely non-controversial “school safety’ bill that tosses some $50 million a year to school safety measures. The bill sailed through the House by a vote of 407-10, but left a number of Democrats frustrated that funding shooter response training was the best Congress could do. Over in the Senate, a bipartisan bill to fix some glaring holes in the nation’s background check system remains stalled. That bill is supported by the NRA, but the gun group convinced Republican leaders to combine it with a bill to allow concealed carry permits to be accepted across state lines. The school safety bill has yet to be scheduled for a vote in the Senate, but it’s expected to sail through that chamber too. … That’s probably the only quasi-gun related bill lawmakers vote on for the rest of the year.” 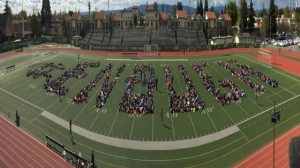 CNN “Thousands of students across the United States walked out of class Wednesday to demand stricter gun laws in an historic show of political solidarity that was part tribute and part protest.From Maine to California, the 17-minute walkout — one minute for each of the 17 people killed at Florida’s Marjory Stoneman Douglas High School one month ago — began around 10 a.m. in each time zone.

Axios “With the expected ouster of National Security Adviser H.R. McMaster, President Trump’s decision on a replacement could result in one of the biggest policy shifts of all of this White House’s frequent comings-and-goings. … Jonathan Swan reports that inside the West Wing, the most oft-mentioned potential successor is John Bolton, U.S. ambassador to the U.N. under President George W. Bush.

– Bolton is as hawkish as they come — author of an opinion piece in the Wall Street Journal last month with the provocative headline, “The Legal Case for Striking North Korea First.”

– This would be an ironic outcome for Defense Secretary Mattis, who helps moderate the president’s impulses. The SecDef has clashed with McMaster but would face a more forceful National Security Council under Bolton.

Officials close to the president can’t say with any confidence who he’ll choose, but the selection of Bolton would fit with other recent decisions by Trump:  Bolton is a peer — 69 years old, to Trump’s 71. CNBC’s Larry Kudlow, 70, was officially named economic adviser yesterday, succeeding Gary Cohn. Commerce Secretary Wilbur Ross, 80, beat Cohn in the tariffs battle. Bolton is a Fox News contributor, making him — like Kudlow — someone the president likes seeing on TV.

So what’s next for Season 2 of The Trump Show? Trump is increasingly comfortable with acting on his instincts and whims. He’s taking the advice of fewer people on his staff, and is even less likely to defer to them than before.”

Politico “Many Democrats are going to run in November as a check on President Trump and the chaos they say he sows in the White House. The president keeps giving Democrats more and more fodder:

— The president just pushed out his secretary of state. Now, reports indicate he is pushing out his national security adviser, possibly his chief of staff, maybe his VA secretary and attorney general.

— The Mueller probe is moving closer and closer to Trump personally, as the special counsel subpoenaed the president’s business.

— The president has toggled between completely divergent positions on everything from gun control to immigration.

— A large number of government positions are unfilled, including critical ambassadorships. And, Trump keeps looking to cable news as his hiring pool.

— Several of the president’s Cabinet secretaries are embroiled in scandals over pricey office decorations or a penchant for luxe travel.

… [they] will try and localize their races and talk about the strength of the economy and how they delivered on tax cuts. It could be a tough sell with all this noise.”

Why? Earlier this month, a Russian former spy living in the UK and his daughter were poisoned with a rare nerve agent created decades ago by Russia. May pointed the finger at the Kremlin, and asked them to explain themselves. The Kremlin says ‘wasn’t us.’ May didn’t buy it. Wednesday, she expelled 23 Russian diplomats that she says are spies, and deleted Moscow’s phone number. Also, she says Prince George will no longer be attending the World Cup this summer in Russia. That’ll show ’em.”

“Russia said Friday that it will expel British diplomats and halt high-level meetings with the UK in an increasingly global standoff over the nerve agent attack on an ex-spy — but still isn’t saying who will be kicked out or when.” 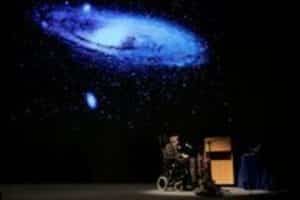 His Mind Roamed the Cosmos

NYTs “Like Einstein, he is as famous for his story as for his science. At the age of 21, the British physicist Stephen Hawking was found to have amyotrophic lateral sclerosis, Lou Gehrig’s disease. While A.L.S. is usually fatal within five years, Dr. Hawking lived to be 76, producing some of the most important cosmological research of his time. Hawking’s theory of black holes was a major breakthrough in trying to combine quantum mechanics – which studies the (really) small things in life – with Albert Einstein’s theory of relativity – which handles the big picture. He’s the subject of “The Theory of Everything,” which Eddie Redmayne won an Oscar for. And happens to have done a lot of his groundbreaking research … with severely limited physical movements. When he died, his family shared something Hawking once said: “It would not be much of a universe if it wasn’t home to the people you love.” RIP. 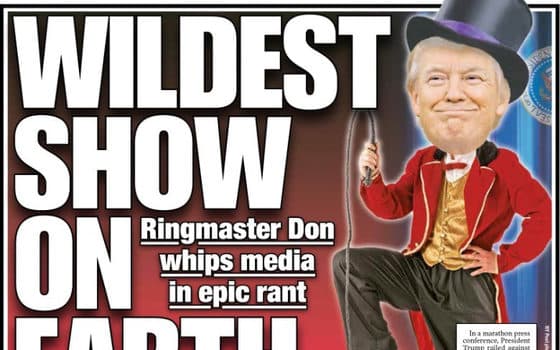