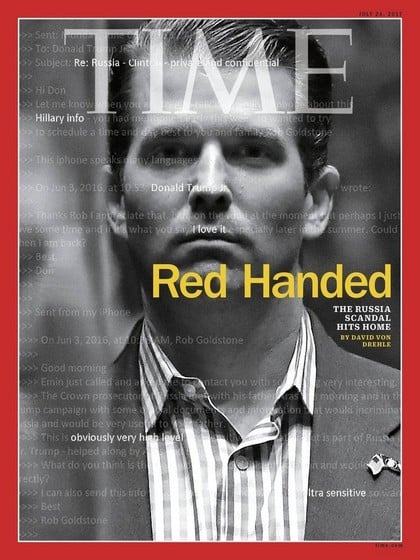 Check out the chart below, created by Will Stone (Capstone Partner), to monitor the progress of the FY18 appropriations bills in the House and Senate. Also read his thoughts/insights on what’s going on.

TAKEAWAYS
– The House has been moving quickly to complete each of the bills while the White House is distracted by other issues.
– The Senate is moving at a slower pace but is beginning to move the individual bills as well.
– By looking at the columns of outlays and separate spending for the wars in the Middle East (known as “OCO”) and comparing them to the president’s request (listed as POTUS) and the previous year’s budget (listed as FY17) you’ll see the House has restored much of the funds the president proposed to cut however with the exception of Defense and DHS, the final amount in the bills is lower than the previous year.
– The cuts, as a percentage of the overall budget don’t look to be too deep except when you look at specific agencies, programs and policy direction you see the severity of the cuts in each bill.
– The House increased the budget for DHS by $1.9 billion however, $1.6 billion is designated for construction of a wall along the US-Mexican border.
– The House Energy & Water bill eliminates funding for the Department of Energy’s Advanced Research Projects Administration (ARPA-E) and the Energy Efficiency and Renewable Energy programs (EERE) division.
– One of the hardest hit bills is State and Foreign Operations which is cut by $10 billion – mostly from USAID, foreign assistance and humanitarian aid programs.
– From the CJS Appropriations Bill .. passed an amendment that prohibits funding in the bill from being used to implement a new EEOC requirement making businesses report certain demographic information of employees. In other words, this is an amendment that bans the Equal Employment Opportunity Commission from collecting data on wage discrimination against women and minorities.

“This is not hearsay, not fake news, not unsourced leaks. This is an email chain released by Donald Trump Jr. himself. A British go-between writes that there’s a Russian government effort to help Trump Sr. win the election, and as part of that effort he proposes a meeting with a “Russian government attorney” possessing damaging information on Hillary Clinton. Donald Jr. emails back. “I love it.” Fatal words.

I leave it to the lawyers to adjudicate the legalities of unconsummated collusion. But you don’t need a lawyer to see that the Trump defense — collusion as a desperate Democratic fiction designed to explain away a lost election — is now officially dead.”

MORAL VACUUM IN THE HOUSE OF TRUMP

“I don’t think moral obliviousness is built in a day. It takes generations to hammer ethical considerations out of a person’s mind and to replace them entirely with the ruthless logic of winning and losing … It took a few generations of the House of Trump, in other words, to produce Donald Jr.”
– David Brooks, NYTs
——–

THE PUTIN OBSESSION THAT LED TO TRUMP JR’S MEETING … “The Russian lawyer whose June meeting at Trump Tower is rocking American politics was just the tip of the spear of a massive, years-long effort by the Kremlin against human rights laws named for Sergei Magnitsky, a Russian lawyer who died under mysterious circumstances as a prisoner of the Russian government.

The sweeping Kremlin campaign has included lobbying Congress, the creation and promotion of several slick documentaries, the opening of murder investigations in Russia against the laws’ top advocate, the use of social media bots to promote criticism of the laws and the posting of a suspiciously popular petition calling for repeal on WhiteHouse.gov. And it’s been a personal fixation of Russian President Vladimir Putin, who has railed against the 2012 Magnitsky Act and its various incarnations for years.Want to understand this? Read Full Article.

.A Russian-American lobbyist says he attended [the] June 2016 meeting with President Donald Trump’s son, marking another shift in the account of a discussion that was billed as part of a Russian government effort to help the Republican’s White House campaign. Rinat Akhmetshin confirmed his participation to The AP on Friday. Akhmetshin has been reported to have ties to Russian intelligence agencies, though he denies those links. … “While Trump Jr. has confirmed that Russian attorney Natalia Veselnitskaya was in the meeting, he did not disclose Akhmetshin’s presence. The president’s son has tried to discount the meeting, saying that he did not receive the information he was promised. Akhmetshin said Trump Jr. asked the attorney for evidence of illicit money flowing to the Democratic National Committee, but Veselnitskaya said she didn’t have that information. She said the Trump campaign would need to research it more, and after that Trump Jr. lost interest, according to Akhmetshin.”
——–
IT’S OBAMA’S FAULT WashPo According to the President … “It basically boiled down to this: Trump Jr. is a “young man” who was taken advantage of by a Russian lawyer who wouldn’t even have been in this country if it weren’t for the Obama administration. (FYI, Donald Trump Jr., it bears noting, is 39. He is the same age, in fact, as the president of France, Emmanuel Macron.)

WashPost “Senate Majority Leader Mitch McConnell (R-Ky.) released a new proposal to overhaul the Affordable Care Act on Thursday after spending three weeks reworking it to win over wavering lawmakers on the right and in the center. But within hours, it was clear that Senate leaders still didn’t have the votes to fulfill their long-standing quest to replace former president Barack Obama’s 2010 health-care law. The new draft would lift many of the ACA’s regulatory requirements, allowing insurers to offer bare-bones policies without coverage for services such as preventive or mental-health care. It would also direct billions of dollars to help lower- and middle-income Americans buy plans on the private market. However, the draft leaves in place deep proposed cuts to Medicaid. Great overview …. Click here.

UNDERSTATMENT “For years, the GOP has been campaigning — and winning elections — on the promise of repealing and replacing Obamacare. But overhauling a healthcare system that currently covers tens of millions of Americans is proving very tricky.” (theSkimm).
———–
If the Senate’s health care bill dies, moderate Republicans will likely be the ones who kill it,” Axios’ Sam Baker writes. “And the changes released yesterday won’t do much to allay their biggest concerns.” For the GOP, the outlook is bleak. With Republicans able to lose only two senators (Vice President Pence then breaks the tie), Sens. Susan Collins of Maine and Rand Paul of Kentucky remain hard “no”s. Republicans keep telling me Sen. Dean Heller of Nevada, a third apparent “nay,” will be “bought off.”

Changes made to the Republican legislation to repeal large parts of Obamacare would send hundreds of millions of extra federal dollars to Alaska, whose Republican Senator Lisa Murkowski has been holding off from giving her much-needed vote to the bill. Under formulas in the revised legislation, only Alaska appears to qualify for the extra money. The money comes from the legislation’s $182 billion in funding meant to help stabilize insurance markets and help states provide coverage. Under the formulas, states — in this case just Alaska — with disproportionately higher premiums would get extra funds from that account.”

MorningD “Sens. John McCain (R-AZ) and Jack Reed (D-RI) are preparing to offer an amendment to this year’s defense policy bill authorizing a new round of military base closures. In a 77-page draft of the legislation, the chairman and ranking member of the SASC are seeking support for the Pentagon’s politically-charged request to establish an independent commission to evaluate all U.S. military installations and recommend which to close or consolidate to reduce excess facilities and overhead – with a deadline of December 2021.

The language is expressly written to address lingering concerns among members of Congress about the 2005 BRAC round that have smothered repeated efforts to establish a new one – despite the Pentagon’s insistence year after year that it desperately needs the savings.”

Senate aides emphasized … the document is a working draft designed to solicit feedback. No timeline has yet been set to proceed.

Meanwhile, THE HOUSE rejected, 175 to 248, a proposal from Rep. Tom McClintock (R-Calif.) that would have struck a provision that bars the Pentagon from implementing a new round of BRAC. The Pentagon had requested authority to conduct such a new round in 2021. And, voted to keep a provision directing the Pentagon to prepare for the effects of climate change.

The Fix “More than two months after President Trump fired FBI director James B. Comey, Congress is very carefully, very warily considering his replacement. The person Trump picked to replace Comey, former Justice Department official Christopher A. Wray, could be taking over an intelligence agency that has been simultaneously investigating the president and attacked by him. Wray’s task Wednesday was to convince the Senate Judiciary Committee, which will vote to send his nomination to the full Senate for approval, that he would rather get fired than bend to political pressure.

FIVE KEY TAKEAWAYS from the hearing:

Roll Call “Virginia Rep. Dave Brat (R) introduced legislation limiting experiments on dogs at Veterans Affairs hospitals.The Republican introduced the Preventing Unkind and Painful Procedures and Experiments on Respected Species Act, also known as the PUPPERS Act, with Nevada Democratic Rep. Dina Titus.“This legislation will help end those inhumane programs once and for all by ensuring that taxpayers do not foot the bill for purchasing, breeding, transporting, and disposing of dogs,” Titus said in a statement. (Dogs and politics = opportunity to use a picture of Truman, my springer spaniel, as a 4 1/2 week old puppy.)

Yesterday, Emmy nominations came out. And everyone has some binge-watching to do. “Westworld” got a lot of noms. Like 22. Including best drama, best actor for Anthony Hopkins, and best actress for Evan Rachel Wood. It’s tied in first place for number of noms with “Saturday Night Live” aka Sean Spicer’s favorite show. HBO and Netflix bagged more nominations than anyone thanks to shows like “Big Little Lies,” “The Crown,” and “Stranger Things.” 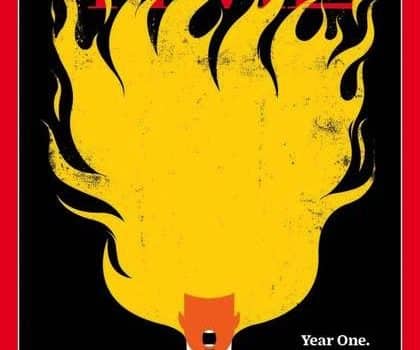 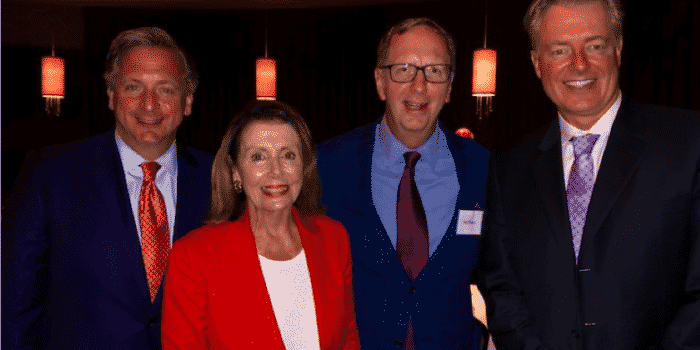