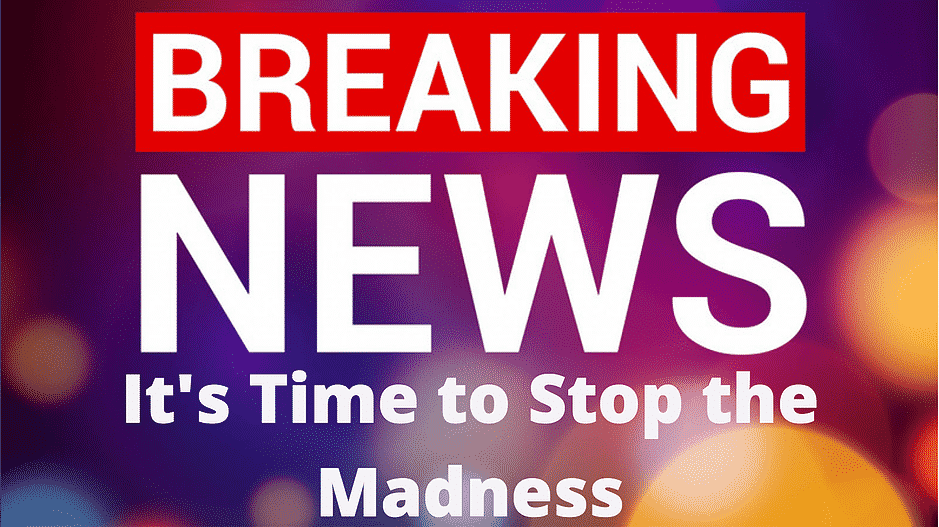 In Tom Cruise’s 2002 sci-fi thriller Minority Report, three sentient beings have the ability to see the future, and with it the ability to see and stop future crimes before they occur. The job of law enforcement changed from capture after the event to preventing the event in the first place. Would-be criminals are arrested, tried, and incarcerated before anybody even gets hurt. It’s a great movie that presented an interestingly creative concept for our future society.

Unfortunately, I was thinking about this movie because of the appalling, hideous, horrendous, and (pardon my French) totally F-ed up shooting at Marjory Stoneman Douglas High School in Broward County, Florida; 17 lives lost, 15 injured. Hundreds of families and friends whose lives will never be the same…

And then I saw that according to the Washington post, more than 150,000 students attending at least 170 primary or secondary schools have experienced a shooting on campus since the Columbine High School massacre in 1999… So with that factoid plaguing my mind and while thinking about the implications of Minority Report,  I recalled something from a book I just finished called, “The Four” by Scott Galloway. Galloway, who also references Minority Report, points out that our reality already parallels that of the movie. We can indeed predict the future, with a little something called Google.

Google’s algorithms predict the future for us every day. They predict what we are going to buy, what we are going to search for, and even how many times we’ll be online. They have the ability to predict a vast range of things including when people are going to do awful, terrible, hideous things because they see and interpret our online activity patterns.

But, we have a problem. A wonderful one, but a problem nonetheless.  We live in a free and open society where our privacy is ‘protected’. Even if Google wanted to get into the predictive law enforcement business with the data already available to them, they’d run straight into a brick wall known as the U.S. Constitution which restricts what information can be used where, when, and for what.

While pondering this, I recalled a conversation I had a couple of years ago with one of the top guys at the National Counterintelligence Center. He pointed out that we, as a nation really do have the ability to peer into the lives of every American and even to proactively react to things before they occur — the problem (thank god) is that we are not China.

I suspect it was a similar scenario that the FBI experienced when they received information last September that the shooting suspect, Nicholas Cruz, had made threats online. Until he commits a crime no crime has been committed, even if his online activity presented threatening behavior. Google and Facebook most likely also had access to warning signs, but due to regulations, couldn’t do anything. This is a serious and complex dilemma that has beleaguered our society and lacks a simple solution.

So what do we do? Well, I have a couple of ideas… The first is to put together a commission of people and experts who normally don’t talk to each other (at RL Leaders, we call these Mixed Tables) to address the question of how we can better incorporate the really amazing new technologies into law enforcement while taking the constitution and our core societal beliefs into account. Second, let’s do the same thing for mental health as it relates to violence and mass shootings. What are the causes? What are the indications? What are the solutions? It’s important to keep in mind the 80-20 rule to do SOMETHING. Meaning 80% of a solution is better than waiting for a 100% perfect solution. Because doing nothing is to do the same thing, which is our societal view of madness.

Once solution sets to the issues are in hand, let’s run a campaign — A REALLY BIG CAMPAIGN — advancing the solutions to impactfully touch the lives of every American.

Last but not least, it’s time to pass gun control laws. Laws that the vast number of Americans in poll after poll have endorsed. Not the ‘revoke your freedom to bear arms’ kind of laws, but laws such as banning extended magazines, bump stocks, and semiautomatic rifles that are designed for combat situations; items all rendered unnecessary to protect your home or for hunting. We need laws that mandate background checks and limit firing power for personal use. The freedom argument carries even less weight now than with past debate issues like seat belts and smoking because those being affected are our children… in their place of education.

To accomplish this, I’d model it after what we’ve done with the patient advocacy community when we fought for stem cells.  But rather than a patient, scientist, and a lobbyist being brought to every congressional and senate office, let’s invite a victim, family member, member of law enforcement, and lobbyist into every single government office. It may not be perfect but at the end of the day, if we are going to stop the madness, we have to start somewhere. 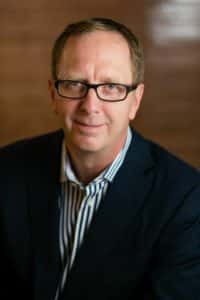 John C. Rogers brings to clients more than 25 years of experience in politics, public policy, business and government affairs. His diverse array of successes made possible by Rogers’ leadership each began with the same approach, a mindset as insightful as it is straightforward – “Everything is a Campaign.” Rogers’s core worldview posits that most all challenges can be solved with the right mix of holistic thinking coupled with an effective HIGH-IMPACT campaign. The results of this approach speak for themselves while demonstrating the flexibility of his technique