The roller coaster week in summary … Disaster Averted. Can. Kicked.
And yes, the U.S. Government is open for business. What a difference a week makes!
The House is out and will return next week.  The Senate is on recess until Monday, Oct. 28.
And now, the highlights.

PHEW Congress agreed on a deal that reopened the government and raised the debt ceiling. After President Barack Obama signed the bill, the OMB issued a formal memorandum ordering federal agencies to reopen.
SECOND VERSE, SAME AS THE FIRST (H/T Herman’s Hermits) Politicowrites, “Meanwhile, the deal is seen as a big loss for Republicans, who were unable to extract any concessions from the White House after their 16-day standoff.”

THE DEETS The bill, fashioned in the Senate by Majority Leader Harry Reid and Minority Leader Mitch McConnell, funds the government through Jan. 15 and raises the debt limit through Feb. 7.

FINAL COUNT Senate voted, 81-18, to approve the measure, with Republicans voting 27-18 for the bill. A majority of House Republicans opposed the measure; though it passed, 285-144, Republicans voted 87-144. (Hotline vote count)
HOW BAD THE SHUTDOWN WAS FOR CONGRESSIONAL REPUBLICANS in one chart — an indicator of which way the national political winds are blowing, to borrow a phrase from Charlie Cook (all the caveats that this is one year out from 2014 midterms).
FIVE TAKEAWAYS The Fix writes, “Washington found its way out of the standoff at the 11th hour during a very revealing week that spoke volumes about the current state of politics.
1. House Speaker John Boehner (R-Ohio) still has a huge amount of power.Boehner may not control his party, but he still controls what gets a vote in the House, and that is massive these days — considering House Democrats can pass lots of things (an immigration bill, for one) with moderate Republicans.
2. Sometimes crises are necessary — politically speaking.  … with the shutdown two weeks old and the debt ceiling deadline fast approaching, Boehner suddenly had more latitude to do what he did.
3. Where there are losers, there are always winners. Obama and Boehner like to talk about how this “isn’t some damn game” (Boehner) and “there are no winners” in this situation (Obama). But both men also have acknowledged — not in so many words — that Democrats won this round. Neither said explicitly that Democrats won, but in American politics, two major parties control 533 of 535 seats in Congress (with two independent senators caucusing with Democrats), which means one party’s loss is indeed another party’s gain.
4. The Republican Party increasingly looks like two parties. A Pew poll this week laid bare a massive split — Rs who back the tea party view Sen. Ted Cruz (R-TX) favorably by a 74-8 margin, but among all other Republicans, views of Cruz are 25% favorable and 31% unfavorable. … two wings of the party are on hugely different pages right now.
5. Cruz isn’t all that interested in becoming president. Cruz’s big entrée may have won him support among tea partiers … but it’s clear he has no interest in appealing to the broader American electorate.

SHUTDOWN WINNERS AND LOSERS (The Fix)
WINNERS: Harry Reid; Chris Christie; Mitch McConnell; Obamacare; Ted Cruz; Barry Black (admit it…you didn’t know the name of the Senate Chaplain before…thanks to his prayers at the opening of each Senate session, he’s a minor celeb); National Review (reporting duo Bob Costa and Jonathan Strong proved working for an ideological (conservative in this case) publication, doesn’t mean you have to be ideological in your reporting. Costa seemed to have a pipeline to the House Republicans leaders); Rand Paul (you barely heard from him…on purpose, he reserves the right to be a hybrid 2016 candidate.  Smart.); Twitter (THE indispensable tool in keeping up with all the happenings on the Hill).
LOSERS: John Boehner (tried to forge consensus within a conference where that simply is not possible); “Super” committees (just an “eye-rolling” concept); Ted Cruz; The GOP Brand (by the end, nearly 75% of Americans disapproved of how congressional Rs handled the showdown (ABC/WashPost Poll); Our system of government (Does anyone think this is how our government should work? Ugh.); Economy (Standard & Poor’s early estimate is that the shutdown cost $24 Billion…that’s with a “B.”)

NO GOOD OPTIONS Politico writes, “At the end of the day, Senate Minority Leader Mitch McConnell says he had no good option in the 16-day government shutdown fight. House Speaker John Boehner’s strategy collapsed. Ted Cruz’s push to use a shutdown to defund Obamacare was ‘not a smart play’ and a ‘tactical error,’ he said. And the country was staring at the threat of a prolonged shutdown and a potentially disastrous default on a nearly $17 trillion national debt. …Despite acting as a chief deal-maker in recent years during government crises, it was unclear the role McConnell would play until the final days of the bitter fight. McConnell told National Review’s Bob Costa that Republicans will not push another shutdown in another few months:
“There’s no education in the second kick of a mule.”
Senate Minority Leader Mitch McConnell, one of his favorite Kentucky sayings

TED CRUZ’S POLITICAL PHILOSOPHY IN ONE SENTENCE The Fix writes, “His colleagues don’t like him. He doesn’t care — at all.”
WHAT TED CRUZ IS SAYING He refused to rule out another shutdown in an interview with ABC News’ Jonathan Karl.

HOW WE GOT INTO THIS MESS IN THE FIRST PLACE Politico’s David Rogers explains, “The rise of the modern House speaker began 40 years ago as party caucuses became more unified and members demanded stronger central leadership – often at the expense of committee chairmen. The late Tip O’Neill, the first of the modern speakers, approached this task with caution. Newt Gingrich went a huge step further, even channeling Oliver Cromwell. Nancy Pelosi created her own global warming panel. And upon becoming speaker in 2011, John Boehner wasted no time before kicking the House Appropriations Committee out of its Capitol offices. … But this concentration of power in the speakership comes at a price. It diminishes not just the chairmen but the speaker’s identity as a constitutional officer for the whole House. It tilts the scales more in favor of party interests and away from the institution. Instead of presiding over legislation, speakers take ownership. More and more, measures are rewritten on the second floor of the Capitol, not committee offices. … All this history comes to bear, looking back at the bedlam of the past few weeks. And what Washington saw was the concentrated power of the modern speakership turned onto itself – reduced to dysfunction by deep divisions inside the GOP.”

EVERYTHING YOU NEED TO KNOW ABOUT THE REP. PAUL RYAN (R-WI) – SEN. PATTY MURRAY (D-WA) BUDGET CONFERENCE  The Fixwrites, …” (1) The bi-partisan, bicameral group has 29 members – all of the Senate Budget Committee (10-Rs; 12-Ds); 4 House Rs and 3 House Dems.  (2) Nine of the Rs voted against Wednesday compromise, including Ryan. (3) Policy-wise, there is a lot of daylight between Murray and Ryan right now. (4) Get used to hearing “sequester,” “entitlements” and “revenues” a lot. (5) It’s a “Supercommittee” reunion of sorts. Murray, Van Hollen, Portman and Clyburn were all part of the 2011 deficit-reduction “Supercommittee” that failed to reach an agreement.

SHUTDOWN COST DOD AT LEAST $600 MILLION Morning Defensewrites, “according to Pentagon Comptroller Robert Hale, the final tally could be much higher.
PENTAGON BEING CAUTIOUS Hale said DoD would start operating at the level of spending mandated under the CR or maybe a little lower. That means the department will not start this fiscal year spending at 2014 sequestration levels, which some have suggested would be an even safer approach in case the across-the-board cuts remain in place. But, DoD is being more cautious than last year, when the Pentagon, hoping for the best, kept spending money at the level it had asked for in its 2013 budget request.

DEFENSE INDUSTRY SOUNDS THE ALARM ON SEQUESTER Politico writes, “The heads of the world’s largest defense companies are working to reclaim their clout in Congress after failing to push lawmakers to tackle sequestration as part of an agreement to end the latest standoff. The announcement of the deal to reopen the government and raise the nation’s debt ceiling  – and Sen. McConnell touting the victory for conservatives precisely because it continues sequestration — made clear just how far the industry has fallen in its influence on Capitol Hill.”

ANTI-SEQUESTER CAMPAIGN So far, the industry has been careful not to single out any faction in Congress as the source of its problem, instead focusing on all members of Congress and the White House.  … they are launching an anti-sequester campaign through social media, outreach to state and local officials and increasing engagement at the grass-roots level.

A MOMENT IN TIME FOR HOUSE DEMS Cook Report’s David Wasserman writes: “… we are making changes to our ratings in 15 House seats, all but one in Democrats’ direction. Democrats still have an uphill climb to a majority, and it’s doubtful they can sustain this month’s momentum for another year. But Republicans’ actions have energized Democratic fundraising and recruiting efforts and handed Democrats a potentially effective message.”

THROW THE BUMS OUT The Fix writes, “Yes, everyone hates the institution [Congress]but they like their Member and keep voting to re-elect. True enough.  Incumbent re-election rates are regularly over 90% even in years when there are tons of seats switching parties.  In the 2006 election, when Democrats re-took the House majority, 94% of incumbents still won. In the 2010 election, where Republicans picked up 63 seats, 85% of incumbents still won.

HEY INCUMBENTS, ARE YOU LISTENING? In a national Pew Poll, thirty-eight percent (38%) of people say they do not want to see their OWN Member of Congress re-elected in 2014
THE NATIVES ARE RESTLESS Record anti-incumbency mood CHART

EATING YOUR OWN Hotline writes, “McDaniel’s entrance into the Mississippi Senate race means that exactly half of the 12 Republican senators up for reelection are facing primary challenges from their right (McConnell, Alexander, Cochran, Roberts, Graham. Enzi). But of all the conservative challengers, McDaniel has the best chance of victory, given his early backing from the financially-helpful Club for Growth and Senate Conservatives Fund. And he stands to benefit greatly if Cochran ends up retiring.”
NEWS FROM NEW JERSEY Newark Mayor Cory Booker (D) won Wednesday’s NJ SEN Special election, defeating former Bogota Mayor Steve Lonegan (R), 55-44%, “after a two-month campaign marked by bizarre turns, wild accusations, erratic polling numbers and blistering attacks.” (Newark Star-Ledger)
NEWS FROM VIRGINIA…ALL OVER BUT THE CRYING NBC/Marist Pollshows Terry McAuliffe up 8, leading among women by 20 in this highly contested Gov race. Cuccinelli campaign running out of money, too. 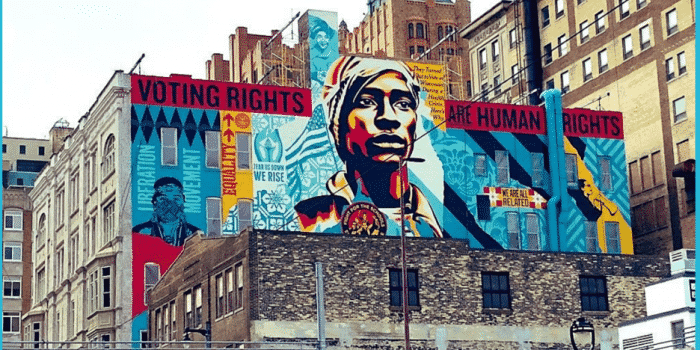 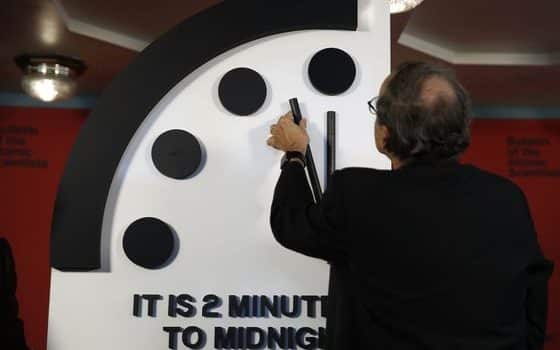