Congress is back in Washington after the holiday recess, and 2014 is looking a lot like 2013.
Here in Milwaukee we survived the polar vortex and are now facing “freezing fog!”  Enough about the weather…here are the week’s highlights.

SPENDING BILL. ALMOST. Our DC Team is hearing that the intention is to file the bill on Monday with floor consideration on Wednesday. RollCall writes, “House Appropriations Chairman Harold Rogers told reporters Thursday afternoon that members should expect to vote on a very short-term continuing resolution (CR) next week – lasting a day or two — if the final fiscal 2014 appropriations package is not passed by the Jan. 15 deadline. The Kentucky Republican would not get into details about what issues were preventing appropriators from unveiling the 12-bill omnibus imminently.

DEFINE [again] “OMNIBUS BILL” …a single document that is accepted in a single vote by a legislature but packages together several measures into one or combines diverse subjects. Because of their large size and scope, omnibus bills [often] limit opportunities for debate and scrutiny.”

THE FED Janet Yellen was confirmed by the Senate on Monday to lead the central bank just as it begins to unwind that stimulus. … The vote to approve her was 56-26. (Reuters)

WASHINGTON’S ATWITTER ABOUT BOB GATES’ NEW BOOK “Duty: Memoirs of a Secretary at War” doesn’t officially hit bookstores until Tuesday.
BEST TWEET OF THE WEEK The New Yorker’s Hendrik Hertzberg (@RickHertzberg) summed up the breathless coverage of Gates’ book nicely yesterday, when he tweeted, “I’ll be on @TheCycleMSNBC at 3(ish), talking knowledgeably about a book neither I nor anybody else has read.”
IN HIS OWN WORDS Robert Gates said today that “some early reviews of his book get the facts wrong, namely the portrayal that he suggested President Obama lacked confidence in the 2009 troop surge in afghanistan but back the plan anyway.”

TODAY’S JOBS REPORT Wonkblog writes, “The [just released] December jobs report was a stinker, with only 74,000 net new jobs reported to have been added that month. Every sector [except consumer-driven] underperformed its recent job creation trends. While construction jobs were down, most likely driven by the weather, the big losers — health care, accounting, performing arts – were not affected much by weather, suggesting that anybody who wants to put the blame for the weak job growth entirely on weather trends is getting it wrong.”  …Analysts are saying to watch for next month, when these numbers will likely be revised up.

IT’S OBAMACARE AND THE ECONOMY STUPID If you missed it, check out Steve Moffitt’s take on the upcoming midterm elections.

HEY, WHAT ABOUT THE PENTAGON 2015 BUDGET? Not until late February at the earliest, according to Defense News.
WAITING FOR THE ‘PASSBACK’ MorningD writes, “As the Pentagon puts its finishing touches on its 2015 budget, it’s waiting for a key guidance document from the White House OMB – known as the “passback.” In it, OMB communicates specific decisions and policy directives that it and the president have made regarding DoD’s upcoming budget. OMB is waiting on a final number for 2014 before it sends its 2015 passback guidance. OMB had targeted Jan. 15, and it could still hit that deadline if the House reports the final 2014 spending package before then.

THE NAVY’S BIG “OOPS” MOMENT Sending the wrong email to the wrong person.  Been there, done that. Check out Kate Venne’s post.

NDAA CHANGES THAT MATTER TO CONTRACTORS The WaPo outlines five provisions “that will be of interest to companies that work with the federal government,”1) Contractor compensation cap on executive compensation; 2) Review of the acquisition process; 3) Security clearance analyses; 4) Cloud computing interoperability; and 5) Principal Cyber officer.

IN TRIBUTE An Army soldier who died Saturday in Afghanistan was on his fifth deployment and was scheduled to come home in less than two weeks (AP). The Pentagon said Sgt. First Class William K. Lacey from the Florida Panhandle died Saturday when his unit was attacked by rocket propelled grenades in Nangarhar Province, Afghanistan.
INCOMPREHENSIBLE BRAVERY His father, John Lacey said, “He was out there in the middle of nowhere, in hell, and he kept doing it over and over and over … I’m just so proud of him.” RIP

UNEMPLOYMENT DEAL STALLS AGAIN FirstRead writes, “Almost as quickly as it came together, it all fell apart. A compromise plan to extend unemployment benefits through November fell apart Thursday afternoon as the Senate descended into partisan rancor. Just hours after Democrats said they were nearing a deal to extend unemployment insurance; Republicans took to the Senate floor to say they’d been cut out of the process. Backers need 60 votes to overcome the next procedural hurdle on the bill, which means that at least five Republicans would have to break ranks and support the plan.  But several of the Republicans who had voted earlier this week to advance the bill — including Sens. Kelly Ayotte of New Hampshire, Dan Coats of Indiana and Rob Portman of Ohio — weren’t on board with a long-term unemployment extension that would be paid for by extending long term sequester cuts to Medicare providers. …The cost of continuing the benefits for over 1 million unemployed Americans for most of 2014 is about $18 billion. No votes on the measure are now expected until at least Monday afternoon.”

HOW LONG IS TOO LONG? NPR reports that an unlikely alliance of Tea Party and liberal senators is working on legislation that could cut controversial federal sentencing minimums in half. Congress approved the requirements in 1986 when crack-fueled crime gripped America’s big cities, [and now] is now grappling with a present-day, lower-crime reality where the mandatory sentences put the wrong sort of offenders in prison, for too long, and at too high a cost.

THE SUPREMES The Hill writes, “[have] set a date for oral arguments over Obamacare’s contraception mandate: March 25. The arguments — just a day shy of the two-year anniversary of arguments over the law’s individual mandate, likely set up a ruling in late June.” Here’s some PROOF AMERICANS ARE BORED WITH OBAMACARE (AGAIN) IN ONE GRAPH from the Wonkblog.
FIRST ANTI-OBAMACARE BILL OF 2014 RollCall writes, “….legislation passed the House 291-122, which would require victims of security breaches through the HealthCare.gov insurance exchanges to be notified within two days. Sixty-seven Democrats joined Republicans to vote for the bill. …While Republicans called the measure “good government” and “common sense,” many Democrats called it a political stunt that would put undue administrative burden on administration officials (and be a scare tactic against using the website when security breaches have never been a problem).
MEANWHILE IN THE SENATE … Sen. Ron Johnson, R-WI, announced Monday that he is suing the administration over the federal insurance subsidies for lawmakers and their staff. (AP). In response, Rep. Sensenbrenner (R-WI) called the litigation suit, “an unfortunate political stunt” that “focuses on trivial issues.”
HOUSTON, WE HAVE A (NEW) PROBLEM! L.A. Times reports that,”Obamacare’s biggest problem isn’t the troubled Healthcare.gov website anymore. Consumers are … turning their frustration and fury toward some of the nation’s biggest health insurers. All too often, new policyholders say, the companies can’t confirm coverage, won’t answer basic questions, and haven’t issued identification numbers needed to fill prescriptions or get medical care.”

TRAFFIC JAM … THINGS TO KNOW ABOUT BRIDGE-GATE (UGH) Just the basics in one long paragraph, summarized from The Fix:

1) Two of three local access lanes from Fort Lee, NJ to the George Washington Bridge (the most heavily trafficked bridge IN THE WORLD) were closed for 4 days resulting in the “worst traffic jam since 9/11.”
2) Media starts asking q’s. Port Authority says it was a “traffic study.” Democrats allege the lane closures were politically motivated, specifically political retribution against Ft. Lee Mayor Mark Sokolich (D) for not endorsing Christie’s re-elect (which he won with over 60% of the vote on Nov. 5).
3) This week, emails revealed Christie’s people actually planned the traffic jam and were overjoyed by Sokolich’s problems. Emails do not indicate exactly why Sokolich was targeted.
4) Was Christie involved?  No evidence that he was.
5) Who was involved? Bridget Anne Kelly (Christie’s now-former Deputy COS); David Wildstein (Christie appointee and Port Authority official who was behind the so-called “traffic study.”); Bill Baroni (Christie’s top appointee on the Port Authority).
6) So, why is Christie in trouble? Initially he dismissed the scandal and accused the media of sensationalism… even joked about it. Which is why he spent almost 2 hours on Thursday “splainin” and apologizing (34 times).
7) Is any of this illegal? Probably, civil liability… not sure about criminal. More than anything, it’s a PR nightmare for Christie. …he did everything right in his news conference, but this scandal is a very real problem for him.
8) OK, SO WHAT THE HECK IS THE PORT AUTHORITY? It’s the governing body that manages transit — via bridges, tunnels, and air — in New York City and Northern New Jersey. It is run jointly by the governors of New York and New Jersey and features appointees of both. BEST QUESTION From The Fix, “Why, in an age when all digital communication is immortal, would staffers talk about shutting down traffic in emails and texts?” “Time for some traffic problems in Fort Lee,” read one email from a Christie staffer to a Port Authority official. Really!
THE CONSERVATIVE BACKLASH Amid the “bridge-gate” scandal, some on the right are again raising red flags about the prospect of a Christie 2016 presidential campaign. Hey, they never liked him in the first place.
DAMAGE CONTROL Politico writes, “Many Republicans familiar with Christie’s world privately predicted the biggest difficulty he will face over the next six months is the reordering of his inner circle after he ousted longtime aide Bill Stepien over his emails concerning the lane closures. Christie, whose supply of close aides is short, had relied on Stepien for many years.”
WHEN ALL ELSE FAILS, BLAME THE MEDIA “… A number of Republicans argued that the media were piling on Christie in a way that’s rarely seen in scandals that involve Washington Democrats.”

BEING AN INDEPENDENT IS ALL THE RAGE New data from Gallup released Wednesday show that 42% of Americans, on average, identified as political independents in 2013. It’s the highest percentage Gallup has recorded. As independents gained steam during the last year, the percentage of the public identifying as Republicans declined to its lowest point in 25 years.
WHOA. WHOA. WHOA. The Fix reports, “This is NOT the demise of the Republican party.  The simple reality is that most independent voters have partisan orientations. While many Americans like to describe themselves as independent voters — especially at a time when neither major party is particularly popular — when push comes to shove, independents largely remain loyal to one side or the other.”

50 YEAR ANNIVERSARYS — AFTER LANDMARK WARNING, 8 MILLION FEWER SMOKING DEATHS. The Surgeon General’s report published on smoking and health in 1964 has changed lifestyles in America for the better. AND … PRESIDENT JOHNSON’S WAR ON POVERTY LA Times writes, “The story of that war is often told with a sort of reverse Hollywood ending: oversimplified and wrapped up neatly as a failure. No one can claim that the war on poverty has been won, but the failure narrative is just as wrong. 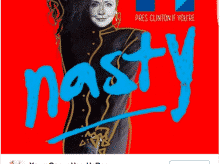 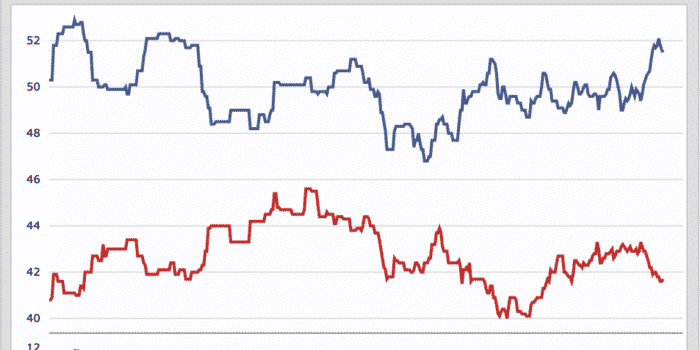 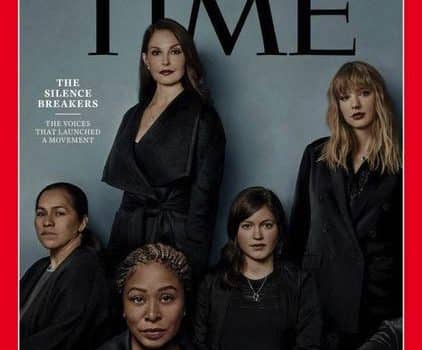