Congress has wrapped up its year! After his news conference this afternoon, the President and his family are off to Hawaii for two weeks. Here are the highlights of this past week in D.C.

Wishing you a Merry Christmas and a Happy and Healthy New Year!

BUDGET DEAL DONE Washington Post/NJ reports, “The Senate approved the bipartisan Budget Deal agreement 64 to 36 on Wednesday.” …the agreement draws to a close nearly three years of fighting over agency budgets – battles that repeatedly risked shutting down the government and actually did for 16 days in October. It averts full sequestration cuts in FY14 and FY15 and provides defense officials with greater budget certainty. Now, it’s time for the appropriations committees to get to work on an omnibus package of spending bills for the various agencies.”

BUDGET DEAL CONTROVERSY Politico writes, “The uproar over a proposed adjustment in military pensions that passed the House easily as part of the budget deal is fast becoming campaign fodder in the Senate. The change won’t take effect until the end of 2015 — leaving two years for the Armed Services Committees to weigh in and make changes. And the panels already admit they must address pension and personnel costs given the retrenchment facing the Pentagon’s long-term budget. … The current retirement system has not been substantially changed since the nation moved to an all-volunteer force in the 1970’s. Back then the promise of retirement after 20 years at 50% of pay was intended to take into account much lower pay scales in a military where draftees provided low-cost manpower. But given the pay increases since the draft ended, the same 50% has greatly inflated the liability facing taxpayers. The Budget Agreement includes a 1% CUT from the annual COLA increases. The cut would only apply to retirees up to their 62nd birthday. That date was chosen as a rough proxy for “working age.” But the authors admit — and Secretary of Defense Chuck Hagel has called for — changes are needed to correct the inadvertent impact on those with disabilities.

WRITING ON THE WALL – MILITARY COMPENSATION REFORM IS COMING The Center for Strategic and International Studies writes for Defense One that even if the COLA reduction is undone, “its inclusion in this deal is significant. It serves as an indication of willingness in both parties to put at least a toe onto what has long been considered a third rail, that of military compensation.”

WHAT DOES THE BUDGET AGREEMENT MEAN FOR DEFENSE? The Stimson Center put out an analysis of the legislation last week that explains that while the budget deal softens the fall of defense spending, it by no means does away with it.

THE STREAK CONTINUES: CONGRESS PASSES 53RD CONSECUTIVE DEFENSE BILL Politico writes, “Ending an unusual fast-track process, the Senate gave final approval to the annual National Defense Authorization Act (NDAA) and sent it to President Barack Obama last night. The vote for the House-passed compromise was 84-15. The White House has indicated the president will sign it. The $632.8 billion bill … protects troop bonuses and reforms some ways the Pentagon handles sexual assaults in the military but leaves debates for another day on other major issues, from Iran sanctions to NSA eavesdropping.  … The House had already approved the mammoth measure. … “The final compromise … leaves out Democratic language that would have eased restrictions on transferring Gitmo detainees to the United States – a provision that would have facilitated the [White House] goal of shuttering the facility. It also does not include a controversial amendment by Sen. Kirsten Gillibrand to remove decisions about prosecuting sexual assault from the military chain of command. The New York Democrat says she’s secured a commitment from Reid to bring her proposal to the floor as a stand-alone measure next year.”

$22B IN PENTAGON CUTS The Hill writes, “Sen. Dick Durbin (D-IL), the senator in charge of negotiating a spending package for the Pentagon based on the Ryan-Murray budget said Thursday that he is looking to evenly distribute $22 billion in new spending cuts.”

GOOD WEEK FOR PRIVACY ADVOCATES Politico writes, “A panel President Barack Obama appointed to review U.S. surveillance practices is proposing the NSA end its practice of assembling a massive database of information on billions of telephone calls made to, from, or within the U.S. The blog Lawfare, best sums it up…”This is a really awkward document for the Obama administration. Really awkward.”

PULLING BACK THE CAMERA  AP writes, “In a sharp and unexpected shift, the national debate over U.S. government surveillance seems to be turning in favor of reining in the NSA’s … powers … It’s happened suddenly, over a span of just three days.”  Playbook adds, “Among the ideas POTUS is likely to embrace: Intercepted data will reside with the phone companies rather than with the government. And NSA decisions will have more third-party involvement, including guidelines from the White House about spying on world leaders – who the U.S. targets, and what it collects.

BAUCUS’ NEW JOB Politico writes, “”Sen. Max Baucus’s new likely job as the next U.S. envoy to China sent shockwaves through the Senate. But behind the scenes, the veteran Montana Democrat had for weeks been paving the way for the President to nominate him … to succeed Gary Locke in Beijing.  …Baucus’s resignation from the Senate would mean he’d relinquish his post as chairman of the powerful Senate Finance Committee, which has sweeping jurisdiction over taxes, international trade and health care issues. The move could also reverberate across the 2014 landscape, with Baucus’s seat central to the fight for the Senate next year.

HOW BAUCUS RETIREMENT HELPS DEMS KEEP THE SENATE NY Times writes, [Democrats] “are happy to hand the Finance Committee gavel to Senator Ron Wyden (D-OR), because it puts Senator Mary L. Landrieu of Louisiana, one of the most endangered Democrats up for re-election in 2014, at the energy helm – a position that will help her campaign rake in cash from industry and press her pro-oil politics in her fossil-fueled state. Moreover, the Democratic governor of Montana, Steve Bullock, can appoint Mr. Baucus’s successor, potentially sending his lieutenant governor, John Walsh, to the Senate to run next year with the power of incumbency. That could increase the Democrats’ chances of retaining that seat – one seen as crucial to Republicans’ efforts to win back the Senate.

WHAT THE NRSC IS SAYING “Mr. Baucus’s pending nomination is the first break Democrats have gotten in some time. Brad Dayspring, spokesman for the NRSC, called it ‘blatant manipulation’ and a ‘Big Sky buy-off,’ laying the nomination at the feet of Senator Harry Reid of Nevada, the majority leader, whom Mr. Dayspring called ‘brigadier general of the back-room deal.'”

OTHER REASONS WHITE HOUSE IS SENDING MAX BAUCUS TO CHINA The Fix writes, “1) It removes a credible critic of the Affordable Care Act from the scene; and 2) Baucus has extensive experience when it comes to China, especially on trade issues.”

OBAMACARE NEWS “Millions of people facing the cancellation of health insurance policies will be allowed to buy catastrophic coverage and will be exempt from penalties if they go without insurance next year, the White House said Thursday night.” (New York Times)National Journal writes, “…the announcement has insurers concerned and puts the administration in sticky territory, as it’s tough to defend why those with cancelled plans should get an exemption, while the previously uninsured should not–an argument Republicans are sure to point out. Consumers have just a few days to make their decision before the Dec. 23 deadline to enroll in coverage beginning Jan. 1.”

STILL FED UP WITH CONGRESS Congress’s approval rating has ticked up since plunging to a record low in October, a new Washington Post-ABC News poll shows. The improvement comes on the heels of the bipartisan budget deal that lawmakers struck and that half of Americans say they like. Sixteen percent of Americans say they approve of the job Congress is doing. That’s up from the 12% who said the same thing in October on the heels of the government shutdown. Disapproval remains high, but intense dislike has retreated sharply. In October, 70% “strongly disapproved” of the job Congress was doing; it’s 59% now. That intense disapproval has dropped across the board, politically.

MOST IMPORTANT POLITICAL STORY YOU HAVEN’T HEARD ABOUT The Fix writes, “Money is flooding into federal elections in the post-Citizens United era.  And yet the agency tasked with monitoring and regulating all of that activity is close to crippled due to staff cuts and partisan bickering. According to Dave Levinthal of the Center for Public Integrity’s in a massive analysis on the FEC, the problems include:
1. The commission over the past year has reached a paralyzing all-time low in its ability to reach consensus, stalling action on dozens of rulemaking, audit and enforcement matters, some of which are years old.
2. Despite an explosion in political spending hastened by key Supreme Court decisions, the agency’s funding has remained flat for five years and staffing levels have fallen to a 15-year low.
3. Analysts charged with scouring disclosure reports to ensure candidates and political committees are complying with laws have a nearly quarter-million-page backlog.

MORE MONEY FLOWING INTO POLITICS + UNDERSTAFFED AGENCY RIVEN BY PARTISAN DIVIDE = RECIPE FOR CHAOS Remember…this is the rule-making and rule-enforcing entity for all federal money in politics. Also remember that we live in an age in which public financing of presidential elections is a thing of the past — 2012 is the first election since Watergate where neither major party nominee accepted public funds for the general election  – and, thanks to super PACs, wealthy individuals have more power than ever. The price tag for the 2012 election topped $6 billion, according to the Center for Responsive Politics, and the trend line suggests that there is nowhere to go but up. As Levinthal puts it, “As the nation heads into what will undoubtedly be the most expensive midterm election in history and a 2016 presidential election that, in no small way, has already begun, the FEC is rotting from the inside out.” Full Article.

FIRST ITEM ON TO-DO LIST Senate Majority Leader Harry Reid said Thursday that extending unemployment benefits will be the first item on the Senate’s to-do list in 2014. …The bill would be the one introduced by Sen. Jack Reed (D-R.I.) and Sen. Dean Heller (R-Nev.), which would extend unemployment insurance for three months. The Obama administration has endorsed the plan.

1. The Midterm Elections
2. Can Obama Rebound?
3. Does the health-care law and website enjoy more success in 2014 than it did in 2013?
4. Will there be an Iran deal?
5. It’s the economy, stupid. Does it continue to improve?
6. Can immigration pass the House?
7. Jockeying for 2016 Presidential race
8. GOP’s ideological civil war (does it continue)?
9. Debt ceiling (needs to be raised by Feb. 7). Another fiscal fight or are the budget battles over for the next two years?
10. Special election in FL-13 to replace Rep. Bill Young (R). If Dems have any chance of winning back the House, they need to win this race (Obama carried this Gulf Coast district I 2013). LONG SHOT ANYWAY From the Monkey Cage blog, “…as far as the House is concerned, 2014 is shaping up to be a status quo election. …Dems chances of retaking the house…right now, about 1%.”

END 2013 WITH A SMILE For those of you who have been following political cartoons on JIBJAB since, oh, 2004 (this hilarious parody on the 2004 election still holds up after all these years), check out JIBJAB’S 2013 YEAR IN REVIEW 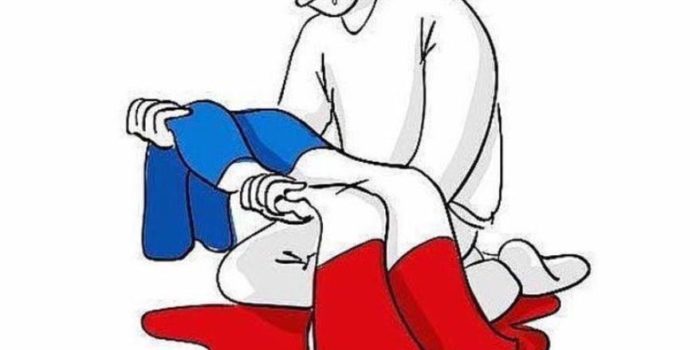 Another somber Friday morning. A Bastille Day fireworks celebration was shattered by death and mayhem... 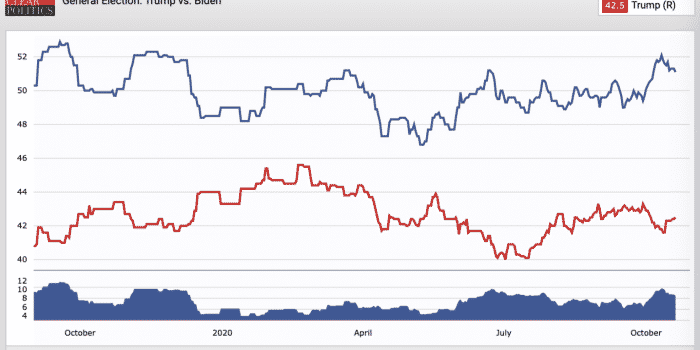