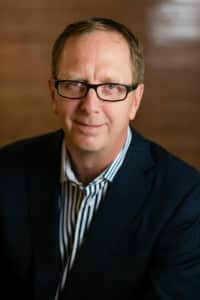 John Rogers transformational leadership has impacted the life of virtually every American. His unique approach has put him at the helm of the Nation’s largest privately held billion dollar transportation company, directing a national campaign around stem cells with  Michael J Fox that flipped control of the US Senate, actively contributing in the war against terrorism where the Department of Defense hailed his work as “Break-through”, capturing hundreds of millions of dollars in funding and contracts for his clients, and providing high-impact solutions for charitable organizations such as the Parkinson’s Action Network (PAN) and the Brain Aneurysm Foundation, where he currently serves as Board Chair in honor of his late best friend.

This diverse array of successes made possible by Rogers’ leadership each began with the same approach, a mindset as insightful as it is straightforward – “Everything is a Campaign.”

Rogers’s core worldview posits that most all challenges can be solved with the right mix of holistic thinking coupled with an effective HIGH-IMPACT campaign. The results of this approach speak for themselves while demonstrating the flexibility of his technique. From protecting 20,000 jobs in the mobility sector to bringing together the best minds in Hollywood and the intelligence community to reduce the risk of terrorism, Rogers’ campaigns are defined by much more than simply winning or achieving desired outcomes. They have made a difference​ ​in​ ​the​ ​world.

This passion and desire to run high impact campaigns fueled by insight and grounded by integrity was formed at an early age. The product of Ronald “Buck” Rogers, a senior insurance company executive and WWII Veteran who opposed the Vietnam war, and Margaret Rogers, who became a Joycean scholar after applying her knowledge of music to solving a long-standing mystery in “Ulysses” that had eluded scholars for decades, the Rogers’ household was one full of debate over solutions to the defining challenges of the day. Beyond the desire to make an impact and the early installation of the life defining values of insight and integrity, Rogers’ parents gave him another gift – the ability to meld together their classic right brain left brain approaches.

While at the University of Iowa in the 1980’s Rogers got hooked by the thrill of electoral politics and dove feet first into his first campaign, leaving school to pursue his desire to make an impact.  His early career included a variety of senior positions in political campaigns and government.  By the age of 32 he was named a Deputy Assistant Secretary of Defense and a member of the Senior Executive Service.

After exiting government service, Rogers established himself as an entrepreneur creating several businesses, all related to running various forms of campaigns.  Today his companies are RL Leaders which tackles vexing challenges for the national security community through the Deep Applied Creativity (™) process and Capstone National Partners, a bi-partisan lobbying team running high-impact campaigns in DC and throughout the nation.  Additionally, he sits on several corporate and nonprofit boards including MV Transportation, Vendini and the Brain Aneurysm Foundation.  He also works one-on-one with some of the world’s top leaders and is a public speaker delivering keynotes on the importance of holistic thinking and the art of running high-impact campaigns.

When not on the road, John flexes his own creative muscles through painting and photography, and loves to spend time biking the kettles and moraines in his adopted state of Wisconsin. His first book, “Solving Big Challenges”, which dives into the five key steps for running highly effective and high-impact campaigns, is scheduled to be published in 2018. From businesses and nonprofits to local and national governments, Rogers approach to achieving desired outcomes will forever change the way you think about campaigns and bring a fundamental mind-shift to any problems you may face.