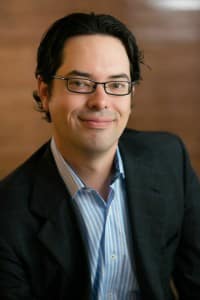 Erik is a Partner at CNP’s Washington, DC office. In his more than 10 years in and around Washington, DC, Erik has been involved with campaigns, state government issues, nonprofit coalition building, and federal client representation within the political affairs arena.

Erik most recently served as Director of Federal – State Relations under Wisconsin Governor Jim Doyle. In this position, Erik managed all aspects of the Governor’s Washington, D.C. office, including the strategic oversight and implementation of the State of Wisconsin’s Federal agenda, as well as oversight of a 3-person staff. He served as the primary liaison between Governor Doyle and the Wisconsin congressional delegation, as well as between the Governor and the National Governor’s Association and the Democratic Governor’s Association.

Prior to his appointment as head of Governor Doyle’s Washington, DC office, Erik was a Government Relations Analyst and Deputy Director of Operations for Whyte Hirschboeck Dudek Government Affairs where he provided strategic execution of the firm’s federal relations agenda, including management of the firm’s Federal appropriations requests. As Deputy Director of Operations, Erik oversaw coordination of the Federal marketing expansion, as well as office relocation and day to day management of the internship program.

Erik received his Bachelor of the Arts degree in Political Science, with a concentration in Public Policy in 1999 from Goucher College. He and family reside in Washington, DC.