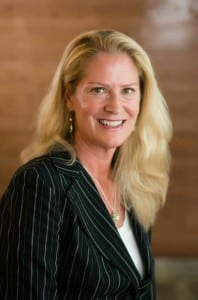 Prior to joining Capstone National Partners, Diane served as Vice President for Governmental and External Relations at The Council for Higher Education Accreditation (CHEA) where she advocated their policy interests and legislative issues regarding higher educational quality to Congress and the Executive branch.

Diane served in the Clinton Administration for eight years and was appointed by the former President to a variety of positions. Ms. Rogers was Chief of Staff to the Deputy Secretary of Education where she was the counselor and senior advisor to the Deputy Secretary responsible for all policy and management oversight of the U.S. Department of Education. She managed the development of policy initiatives in elementary and higher education, including Reauthorization of the Higher Education Act with the Administration. As well, she played a pivotal role in advising the Secretary on all sensitive political, policy and management issues.

Ms. Rogers also served as the Deputy Assistant Secretary for Student Financial Affairs and as its first Chief Operating Officer where she helped develop the organizational construct to create the first government Performance-Based Organization (PBO) within the Department to modernize student aid delivery – a results-driven organization created to deliver the best possible services. She managed the operation of the Title IV student financial assistance programs and led the transition of the office to become a PBO. She also oversaw the development of the Free Student Financial Aid Form (FAFSA) that became live on the web, now standard practice for higher education institutions receiving financial aid applications. Diane also served as Chief of Staff in the Office of Postsecondary Education.

Before her time in Washington, Diane spent several years working in state government as a Legislative Aide, Policy Analyst, and finally as Deputy Director of the Wisconsin State Senate Democratic Caucus. The nation’s first statewide recycling law was passed during her tenure, as she was responsible for managing that issue legislatively for the Senate Democrats. She tracked legislative, budget and policy issues for the Caucus, particularly those related to education, the environment, tax policy and agriculture.

Ms. Rogers serves on two non-profit boards, The Afterschool Alliance, advocating for the needs of children in afterschool settings and on Phantom Lake YMCA Camp, based in Mukwonago, WI. Diane resides in Whitefish Bay, with her husband John and their two children.