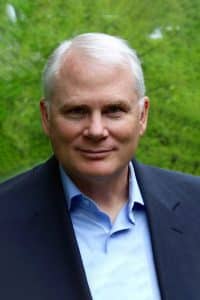 Brian Layer, Brigadier General, United States Army (Retired), is an innovative leader, mentor and advisor. In addition to his operating duties at N2growth and the Gordian Institute, Brian maintains an active advisory role with business, government and community leaders.

Brian has a distinguished record of operationalizing complex global initiatives resulting in leadership and organizational excellence. During his Army career, he served in a variety of leadership assignments culminating as the Army Chief of Transportation and Commandant of the Army Transportation School and Center. He has directed both global sustainment and surface distribution operations for the Army and twice commanded a brigade in Iraq.

Brian is highly regarded for his ability to build, develop and lead effective individuals, teams and organizations. After a full career as a senior leader in the U.S. Army, Brian now works with both public and private sector clients helping them translate strategic vision into high performance organizations. He is well known for his bias toward smart action that leads men and women to be creative, adaptive and agile problem solvers.

Brian holds a Bachelor of Science Degree from the United States Military Academy at West Point, an MBA from Michigan State, an MS in Military Arts and Science from the Army School of Advanced Military Service, and an MS in National Resource Policy from the National Defense University.