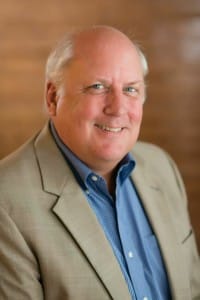 Alan represents the Washington, DC interests of high tech corporations, nationally known universities and research institutions and a variety of other clients. His relationships with Federal Agencies, on Capitol Hill and the Administration have developed over more than 25 years working in and around Washington, DC in public affairs and the political arena.

Prior to joining WHDGA, Alan served as Chief of Staff to Ron Kind (WI), overseeing Ron’s legislative agenda. As chief architect of the Conservation Amendment to the 2002 Farm Bill, Alan brought together different constituencies in an attempt to reform federal Agriculture policies and refocus spending toward conservation. He is credited with setting the stage for ensuring that conservation, public health, family farmers and sustainable agriculture remain as part of future Farm Bills. During this time, Alan was also at the forefront of Army Corps Reform, working to ensure that future Army Corps water projects were economically and environmentally sound.

Ron Kind appointed Alan to Chair his first race for Congress. As well, Alan has held senior staff positions on various congressional and presidential campaigns, serving as Georgia State Director for John Glenn’s Presidential race and Field Director for Doug Stevens for Congress. Alan’s past policy and coalition building experience includes work for the Health Industry Manufacturers Association where, as Director of State Affairs he was responsible for building the national coalition that championed FDA reform and oversaw their state legislative programs. Earlier, Alan served as the National Field Director for the National Council of Senior Citizens, whose #1 legislative priority was universal healthcare. He built a national program – in fifty states – to train seniors on grassroots advocacy. Prior to that, Alan put his political skills to work as Political Director of the National Association of Homebuilders, organizing homebuilders to run as delegates to the presidential conventions and conducting workshops on political advocacy campaigns.

Alan’s keen awareness of political intricacies, coupled with his vast array of business, education, non-profit and government experience has resulted in a comprehensive network of former associates and professional contacts.

Alan is a native of the Washington, DC area. He attended the University of Maryland where he received a Bachelor of Arts degree in 1982 and a Masters of Public Policy in 1986. He and his wife have one daughter.