State Of The Union (SOU)

State Of The Union (SOU)

Morning Fix writes, “In four days, President Obama will deliver his SOU address … And for Obama, this particular speech may end up being the most important State of the Union of his entire presidency.  … It’s not about George W. Bush’s impact this time, or an upcoming election, or recovering from major setbacks in the last one. Obama is trying to advance his most ambitious legislative agenda since his first year in office. He’s pressing for sweeping new gun control measures and comprehensive immigration reform, which will require robust bipartisan efforts on Capitol Hill to stand a chance of passage. … All of which means Tuesday is a pretty important day for the president.” THE ELKART INDIANA STORY FirstRead writes, “Exactly four years ago tomorrow, President Barack Obama — who had just been sworn in for his first term — traveled to Elkhart, Ind., to sell his economic stimulus. At the time, Elkhart had a sky-high unemployment rate (19.4% as of Feb. 2009) and the President promised to “do everything [he] could to help this community recover.” … FAST FORWARD “Elkhart is pretty much the story of America: Things are better, but not back to where they were before the economy crashed in 2008 (Elkhart’s unemployment rate is now 9.3%). As Barkley Garrett, the city’s economic development director said, “All in all, considering where we were, we are doing well. But we have a long way to go.” IT’S STILL THE ECONOMY, STUPID FirstRead continues, “Despite the focus on guns and immigration, the economy remains the biggest story. And with analysts believing unemployment will remain in the mid-7% range into next year, the philosophical fiscal divide in Washington, mirrored across the world, will continue. There’s been no bridging the conservative view that austerity measures/spending cuts, especially in the public sector, to reduce the debt will lead to growth and the liberal view that more temporary deficit spending is necessary to provide support to a fragile economy — and that those public-sector cuts are a big part of what’s holding the economy back.” 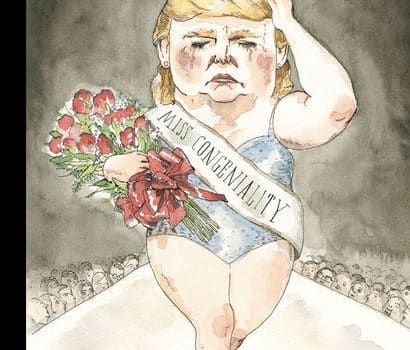 ADIOS, CONGRESS. And other news of the week. It's Friday. We are only 39 days...