Well, it was certainly an interesting night for us politicos who view watching election night returns one step above (for some, on par with) watching the Super Bowl.

The Capstone Team has a tradition that makes Election Night special – no matter where we are, we begin a virtual dance of updating each other via group texts (or in the “old” days, via email). It’s the ultimate one-upmanship game meets group therapy – who calls a race first, what does it mean, who is up, down, drowning, ecstatic … full spectrum analyzing facts and expressing emotion. And it goes until one of us says, “enough, I’m signing off.” But being part of a team where most of us want the last word, the “sign-off” is usually extended. Last night was extra special because one of our own, CEO John Rogers, offered election night commentary on the CBS affiliate in Milwaukee. And, then there was Steve Moffitt, who in a pre-election office pool, called every race.

And so another Election Night passed and as we all know, it was a great night to be a Republican.

We had several takeaways, one being that it was a pretty clear repudiation of what has become part of political lore, that “all politics is [sic] local” – a phrase coined by former Speaker of the House Tip O’Neill.  For last night at least, it just didn’t seem to apply.  Rather, it looked as if “All Politics is [sic] National.”  As someone summarized, the mood was nasty and the country took it out on Obama.

So what now? Sea changes in Washington, DC have become the new norm. In 2008, Obama swept into the White House, strengthening the Democratic majority in both the House (by 21 seats) and Senate (8 seats), followed two years later in 2010 with the Democrats losing 63 House seats (and control) and 6 Senate seats. Then in 2012, Democrats added 2 Senate, and 8 House seats (with no change in control).

Why this tumult? Indicators point to what CNN exit polling found — HEY WASHINGTON, NO ONE LIKES YOU!  While the CNN exit poll showed that 59% of the electorate was angry/dissatisfied with the Obama administration, here’s something to take note of — 60% said they were angry/dissatisfied with GOP leaders in Congress. That is hardly a ringing endorsement for the nation’s leaders.

And now a recap of the night. Of course, I’ll be back on Friday with a full Washington Report.

WELCOME TO RED AMERICA … BuzzFeed calls it the “RED WAVE.”  It rolled across the nation, time zone by time zone, with Republicans gaining 7 seats in the Senate (one more than needed for control), and netting an astonishing 13 in the House – shattering the 5 –to -10 range that insiders had expected. Huge margin for Tom Cotton (R) in Arkansas: 17 points over Sen. Mark Pryor. In Iowa, Joni Ernst by 8! Cory Gardner by 5! Sen. Kay Hagan, a big Dem hope even after the polls closed, lost to Thom Tillis by 2. In Georgia, David Perdue beat Michelle Nunn by 8, avoiding a runoff. (Atlanta Journal-Constitution: “Georgia’s Democratic revolution is stillborn.”) GOP governors won in deep-blue Maryland and Massachusetts, and the president’s home state. A rare break for Dems was Sen. Jeanne Shaheen (D-N.H.) holding on against Scott Brown, 52-48. Perhaps the night’s biggest surprise: In a race that could have been a blowout, Sen. Mark Warner (D-Va.) has a razor thin lead over Ed Gillespie. They are awaiting final official tallies (or a potential recount).

SOBERING MESSAGE CNN’ Gergen writes, “It should be sobering for the White House that when Obama took office, Democrats had 59 senators and 256 House members; after Tuesday night, they will likely have 45-47 senators and some 190 House members. BIG NIGHT FOR GOP Predictions for Republicans were already high, but they blew the doors off. Who could have imagined Republicans winning the governorships of Maryland and Massachusetts, winning Senate seats in Obama states such as Colorado and Iowa, and assembling their biggest coalition in the House of Representatives since the 1940s. … Conservatives will likely disagree, but one takeaway for Republicans is that they were well served this year by recruiting conservatives whom voters saw as less hard right than the tea party.  …  A bright spot from Tuesday night that needs more attention: The Center for American Women and Politics at Rutgers University reports Americans will now have at least 100 women in the new House — a three-fold increase over 25 years. “

AND IN THE LAME DUCK It is unclear if anything will get done when the House and Senate returns this month, let alone in the final two years of Obama’s presidency (more on that this week). Just days before the election, Vice President Joe Biden said the White House was “ready to compromise” in an interview with CNN’s Gloria Borger. What does that mean? Who knows?  “Republicans are going to have to decide if they are going to negotiate, and Obama is going to have to decide if he is willing to negotiate,” said a veteran DC pol.”

And so, it’s on to the next race. 2016 will be a big year. Of course there will be a Presidential election and what will surely be an interesting fight for control of the Senate, when Democrats are expected to have only 10 seats to defend while Republicans are looking at defending 24 seats. But more on that in the coming months … and years! 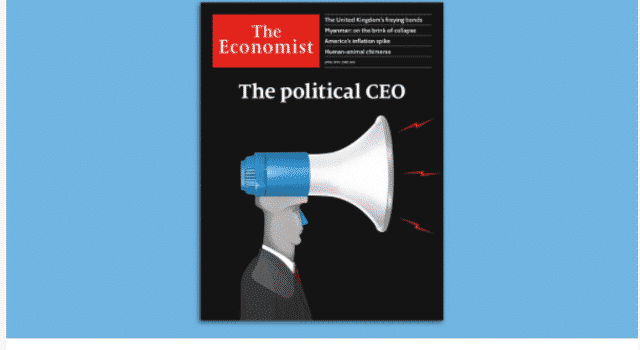