Politico reports, “If Congress does not avert sequestration or pass a budget this year… “We are on the brink of creating a hollow force due to an unprecedented convergence of budget conditions,” Joint Chiefs of Staff Chairman Gen. Martin Dempsey and other military leaders said in a letter to SASC Chair Carl Levin (D-MI).  According to the letter, marked “for official use only” but obtained by Morning D, the combination of across-the-board cuts and a yearlong continuing resolution could reduce operating budgets by “more than 20 percent across the joint force compared with the president’s budget.” Cuts of that magnitude would result in grounded aircraft, ships stuck in port and drastically scaled-down training programs…”

Panetta and Army General Martin E. Dempsey, chairman of the Joint Chiefs of Staff, stressed during a regular Pentagon press conference that unless Congress acts, the nation’s military readiness will be compromised.

As the tentacles of a fiscal calamity tighten, U.S. military leaders last week directed their staffs to begin cutbacks immediately and stand by for deeper cuts should the worst come to pass. And to prepare for the worst, the services issued guidance freezing hiring and laying the groundwork for furloughs, layoffs, cuts in operations and maintenance funding as well as weapon program changes.

While refining the systems that protect the homeland against long-range ballistic missile attacks, the United States is advancing technologies to counter the growing threat of short- and medium-range missiles launched by rogue states or terrorists.

In more than three decades of working in and around the defense budget, DOD Comptroller Robert Hale has never seen a period featuring greater budgetary uncertainty than the next few months present. Stability in the size of the Defense Department’s budget — and especially in the process of funding it — is critical to maintaining national security.

The vision discusses the Air Force’s enduring contributions of air and space superiority; intelligence, surveillance and reconnaissance; rapid global mobility; global strike; and command and control and the need to strengthen them.

The U.S. Defense Department is looking to broaden its defense cooperation in Western Europe by deepening its military-to-military engagements, especially in maritime and cyber security initiatives. Defense Secretary Panetta called for greater cooperation in these and other areas during meetings with the defense ministers from Spain and Portugal.

The U.S. Army is delaying its next-generation Ground Combat Vehicle program by extending the technology development phase by six months. The Army also plans to award an engineering and manufacturing development contract to a single vendor, as opposed to the previously planned two vendors, in late fiscal 2014.

Possibility Of Major Troop Cuts At Fort Bragg By 2020

Fort Bragg could lose as many as 8,000 soldiers and Army civilians by 2020 under alternatives outlined by an Army report on possible force cuts. The cuts could also mean a loss of up to $24.7 million in state tax revenue, lower home values and a dip in incomes in the region. 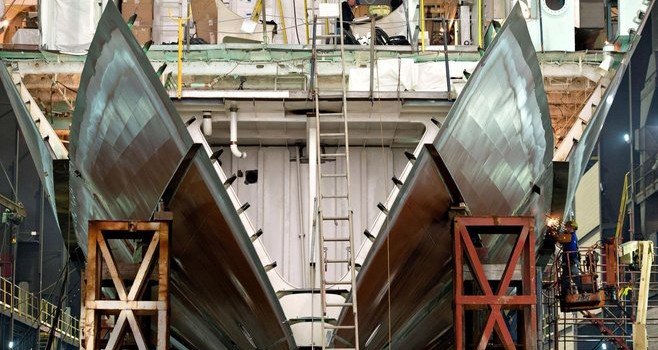