By Rick Barrett of the Journal Sentinel. Read the full story here.

Wisconsin farmers say they’re hopeful that a long fight over federal dairy subsidies has ended with the biggest overhaul of the milk pricing system in a generation.

Along with funding for food stamps, the overhaul was a strongly contested element of a new $956 billion farm bill passed by the House of Representatives on Wednesday.

The five-year bill, which preserves generous crop subsidies, heads to the Senate where approval seems certain. The White House said President Barack Obama would sign it.

The measure, which the House approved 251-166, had backing from the Republican leadership even though it cuts only about 1% from the $80 billion a year food stamp program.

The dairy fight largely centered on a provision that sought to limit milk production when the supply was too high. Some dairy farmers said they needed a way to balance supply and demand so they could get a reasonable price for milk and stay in business.

Opponents said the supply management provision worked against a free market, and they were pleased when it was stripped from the House version of the bill.

But the complex formula doesn’t consider farmers’ costs, including the price of cattle feed that rose sharply in recent years because of drought and demand for corn from ethanol production.

Even farmers who opposed supply management said reform was needed after 2009 when milk prices plummeted, partly from reduced foreign demand for dairy products, and high feed costs squeezed farms out of business.

“There were a lot of bankruptcies and farm losses,” said Chris Clayton, agriculture policy editor for DTN, a farm information service based in Omaha, Neb.

The new farm bill would scrap the subsidy program in favor of subsidized insurance that would pay farmers when the difference between milk and feed prices shrinks too much. Farmers would pay insurance premiums based on the level of risk they chose.

It’s a compromise in an industry that’s often deeply divided on policies and economics, according to farm groups.

Wisconsin farmers, especially dairy farmers, would fare well under the new system, according to Gefvert.

Dairy farmers would be able to decide whether to participate in the insurance program and at what level. They could change their decision annually, and the insurance premiums would be lower for small farms that don’t produce as much milk.

With support from the insurance, it’s more of a free market system than supply management, according to some dairy farm groups.

“Frankly, that’s good news for dairymen. They can rest assured that, ultimately, they have the ability to make the decisions for themselves on how much they produce,” said Mike North, a board member of the Wisconsin Dairy Business Association, based in Green Bay.

“Farmers aren’t going to be asked to cut milk production, or get paid for only a portion of what they produce, in times when the government decides that (profit) margins are below a particular trigger level,” North said.

Farmers favor a free market system, and there would still be a decent safety net in place under the new farm bill, said Bill Hartke, spokesman for Milk Source, the largest dairy operation in the state with four farms devoted to milking.

If the bill is approved, it would mark the conclusion of a three-year fight largely over food stamps and dairy. It also would bring some stability to the agriculture industry that’s been rocked by volatile prices, drought and uncertainty since the previous farm bill expired in 2012.

There’s still plenty of disagreement, though, with conservatives saying the funding for food stamps wasn’t cut enough and liberals saying the cuts were too deep.

“From a policy perspective, it’s got to be a good bill because it’s making everybody mad. But the reality is, with the vitriolic level of politics we have in this day and age, to actually get a bill passed is terrific,” said John Rogers, president of Capstone National Partners, a Milwaukee consulting firm that addresses federal policy issues.

“We have to pass bills if we are going to advance things and provide some stability in different sectors of society. And the only way to pass bills is for everybody to suffer a little bit,” Rogers said.

The Associated Press contributed to this report. 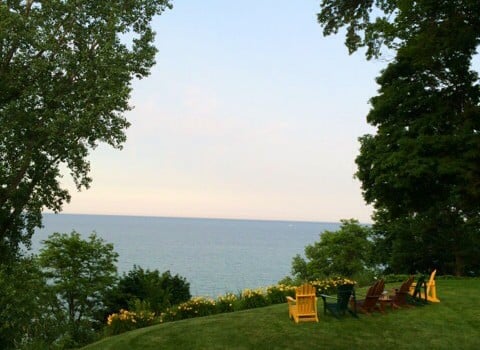 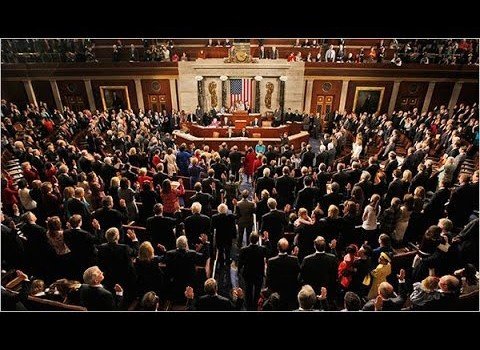 In about two weeks voters will cast ballots for all members of the US House...