In about two weeks voters will cast ballots for all members of the US House of Representatives and about one-third of the Senate. This election will determine the political and policy path in Washington, DC for the next two years.

If the opinion polls are correct, Republicans appear poised to maintain their majority (233 to 199) in the US House of Representatives and stand a real chance of increasing their majority in the House by as many as five to seven seats.

Those same polls indicate it is possible for Republicans to take control of the US Senate, which Democrats now control by a 53 to 45 majority (there are two Independent US Senators).

Based on the numbers as of today, and I know a lot can change between now and the election, and it probably will, I am providing a quick breakdown of what I believe will happen on election day in the US Senate. You should know that if I was any good at this, I would be living in Las Vegas and not Washington, DC. For what it is worth, here are my picks.

MONTANA: Democrats will lose this seat. This is an open seat due to a plagiarism scandal that caused the Democrat incumbent, John Walsh, to step aside. The Republican candidate is up by 20 points in several different polls. This is a Republican pickup.

WEST VIRGINIA: Senator Rockefeller, a Democrat, is retiring and President Obama has been beating the coal industry into the ground. The people of West Virginia seem to have had enough and are taking it out on the Democrat candidate in this race who is trailing by 17 points in the latest polls. This is a Republican pickup.

SOUTH DAKOTA:  Popular former Governor Mike Rounds, a Republican, threw his hat in the ring for this Senate seat when Democrat Tim Johnson announced he was retiring. Governor Rounds’ early announcement meant stronger Democrat candidates stayed away from the race. Harry Reid thinks the Democrats could have done better than selecting a former Tom Daschle staffer to run against Governor Rounds and stated this publicly. Mr. Daschle is not happy with Mr. Reid. In the meantime, Governor Rounds appears headed to victory. He is up by nine in the latest polls. This is a Republican pickup.

ARKANSAS:  He is the incumbent, he has the family name that has been a staple in Arkansas politics for decades, and President Clinton is stumping for him. What Democrat Senator Mark Pryor doesn’t have are numbers that are going his way. Representative Tom Cotton has been polling ahead (barely) of Senator Pryor for some time. While the margin of the lead is small (four points) Mr. Cotton has had the lead in the polls for some time. This is a Republican pickup.

LOUISIANA:  This state has an election that requires a candidate to get 50 percent of the votes to be declared the winner. The general election will feature a three-way race between two Republicans and the incumbent, Democrat Mary Landrieu. She will have the most votes after the November election, but she will fall short of the 50 percent required to be declared the winner in the November election. In the run-off election in December, with the other Republican out of the race, she will likely lose to Republican Bill Cassidy. She trails Mr. Cassidy by about six points in the latest polls. This is a Republican pickup.

ALASKA: Numerous reports praised incumbent Senator Mark Begich’s campaign organization and efforts. However, it looks like it will not be enough for him to retain his Senate seat. He has been consistently trailing in the polls by about four points. This is a Republican pickup.

The six seats mentioned above look like they may be the key to giving the Republicans the majority in the Senate. Other races of interest in the Senate to watch, if one of these races does not go as the numbers today are showing, are as follows:

KANSAS: Incumbent Republican Senator Pat Roberts has been representing Kansas in the US House of Representatives or the Senate since the FDR administration – at least it seems that way to many in Kansas. He has been called out of touch, and old and his campaign reflects that. Surprisingly, this very Republican state does not seem too thrilled he is running again, and that has raised eyebrows. Nevertheless, this very Republican state is not likely to elect someone other than a Republican to the US Senate. While this race looked interesting a few weeks ago, it looks like it is starting to turn predictably Republican again. Keep your eye on this one. Republicans keep this seat.

IOWA: This race seemed set to stay in Democrat hands. The Democrats have a strong candidate in Representative Bruce Braley, and the early polling showed it. As we have gotten closer to the election and Republican Joni Ernst has proven to be good candidate the early lead for Mr. Braley faded away in June to the razor thin margins we are seeing today. In the last six polls taken in this race since the end of September, Mr. Braley won one, tied in another and Joni Ernst leads by an average on one point in the other four. This race is just that – a race. Too close to call.

COLORADO: This race is turning out to be a surprise. Democrat incumbent Mark Udall was consistently ahead in the polls until the end of September. Since then Republican challenger Cory Gardner has led in just about every poll by anywhere from six to two points. Momentum is important in elections. Can Mr. Gardner keep it until November? Stay tuned. Too close to call.

GEORGIA: Republican Saxby Chambliss is retiring. The daughter of Geogia’s iconic Senator Sam Nunn (Michelle) is running and is being very competitive in her race with David Perdue. While Mr. Perdue has the edge, it is close enough to merit keeping on eye on this race. Republicans keep this seat.

NEW HAMPSHIRE: Despite all the bluster about former Republican Senator Scott Brown entering this race, Democrat Jeanne Shaheen has led in all the recent polls until the latest poll came out showing Mr. Brown with a slim lead. It is unclear if this is a trend or a blip. Only time will tell. Democrats keep this seat.

KENTUCKY: Democrats were getting excited about this one. The Republican leader in the Senate was struggling to put away his Democrat challenger Alison Girmes. That seems to have changed. After the first and only TV debate Democrat strategists pulled the plug (pun intended) on sending money to the Grimes campaign. Republicans keep this seat.

As of today it looks like Republicans will pick up six to eight seats in the Senate, which will give them the majority in the US Senate.

A Republican takeover of the US Senate is significant for two reasons.

First, gridlock in the Congress will end. The House of Representatives and the Senate will be in agreement on many issues going forward where they have found no agreement in the past. Having said that it is important that the Republican Congress moves an agenda that resonates with most Americans or its majority in both the House and the Senate could come to an abrupt end. 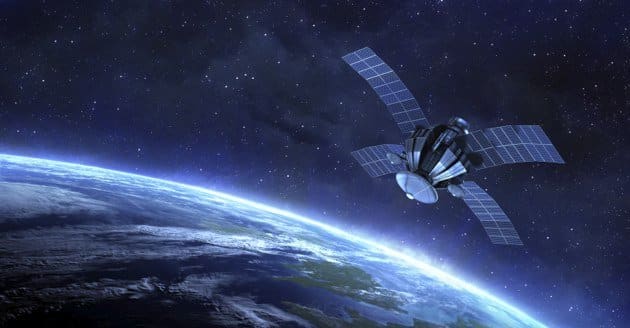