Deal In Sight – In A Nutshell

Deal In Sight – In A Nutshell

According to First Read, everything out there suggests that Washington isn’t going off the cliff. The Washington Post reports that Republican centrists and even some conservatives are calling on House Speaker Boehner “to concede on rates now, while he still has some leverage to demand something in return.” And the New York Times observes that Boehner has more support from his rank-and-file than ever before, which gives him more flexibility to cut a deal. One option to avoid the fiscal cliff is to simply extend the Bush-era tax cuts for income below $250,000 and punt the rest of the fight until next year, which would produce another political stalemate and a potential battle over raising the debt ceiling. The second option is to construct a big deal to take care of everything now (or at least create the framework for getting it done). The first option is the easy way out, but it only postpones the fight. The second option is a lot harder. One thing the next two weeks are NOT about is going over the cliff. If no big deal is achieved, then there likely will be a middle-class tax rate extension bill passed that allows rates on the top 2% to go up either to 37% or to 39% 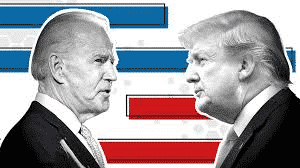