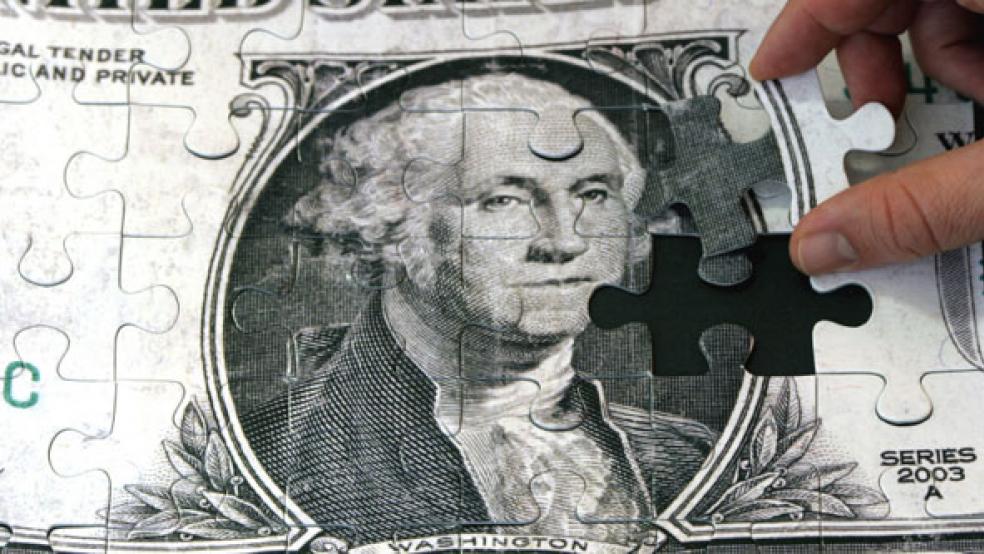 A recent budget and debt deal and separate legislation to fund highway programs were laced with gimmicks masquerading as offsetting spending cuts. And, when some of the few real cuts stirred protests in farm communities and among the nation’s largest banks, lawmakers quickly served notice that they would back down.

FEDERAL RESERVE DIVIDENDS TO BANKS Currently, banks receive a guaranteed 6% dividend on the stock they are required to buy in the 12 regional Federal Reserve banks. A provision in the Senate’s highway bill would cut the dividend to 1.5% for banks with assets of more than $1 billion, raising $17 billion to spend on highway and transit programs over the coming three years. Not surprisingly, big banks like Bank of America Corp. and Citigroup Inc. went into lobbying overdrive and killed the provision in the House, which instead tapped into the Fed’s surplus fund, generated by profits on its investments. It’s a gimmick because the Fed-related “savings” are gained simply by shifting a pot of money around in the budget, which has no impact on the deficit while the additional highway spending most certainly will. “This extra money that the Federal Reserve has, they actually turn it over to the Treasury,” said Sen. Tom Carper, D-Del., who protested the gimmickry in a Senate speech on Tuesday. “That $50 or $60 billion would reduce the deficit, that’s where it would have gone.”
CROP INSURANCE The bipartisan debt and budget deal that Obama signed into law last week contains $3 billion in cuts to the federal crop insurance program by trimming some of the generous government subsidies to crop insurance companies and limiting profits for the companies. Farm-state lawmakers griped that the move could force more companies out of business — several have already left — and leave farmers with fewer options. After loud complaints from farm-state lawmakers, including tea party Rep. Tim Huelskamp, R-Kan., GOP leaders promised that the crop insurance cuts will be restored next month. There’s no word yet on what, if anything, will replace them.

Even as he promises bold action, Ryan is a firsthand witness to the WEAK-KNEED TENDENCIES of his colleagues. He was behind a provision in a 2013 budget pact with Sen. Patty Murray, D-Wash., that included language to shave 1% point from the annual cost-of-living increase in military pensions for veterans under age 62. Lawmakers beat a hasty retreat in the face of an uproar from veterans groups. … Similarly, a hard-won law aimed at reforming the government’s flawed flood insurance program was largely reversed in 2014 after affected homeowners complained.

HEAVY ON GIMMICKRY, LIGHT ON PAIN

This year, the so-called offsetting spending cuts in the budget deal [include] provisions raising money by selling oil from the Strategic Petroleum Reserve, fiddling with pension guarantee premiums, tapping into a government fund for crime victims and auctioning radio waves controlled by the government. Even one of the accomplishments of the recent budget pact, reforms aimed at curbing loopholes and combating fraud in Social Security, were “double-counted,” going both to shore up the disability insurance trust fund and to justify higher spending elsewhere in the budget.

It all points up a truism in Washington. Vague bromides and promises about deficits and spending are easy for politicians. Real spending cuts aren’t. Despite all the national talk of needing to tackle deficit spending, the bundle of recent examples illustrate how Americans and their elected officials continue to resist — often fiercely — specific, real spending cuts.” (AP)