I remember the first night cultural differences slapped my British boyfriend and me in the face.

I sat on the edge of the couch, hiding behind my book, watching my boyfriend, Chris, twiddle his thumbs.

He may not have actually been twiddling his thumbs but that seems like an anxiety-ridden activity, so let’s just imagine he’s twiddling.

So he’s twiddling, I’m sweating, nervous to hear what will come next. The evening seemed fine. Everything seemed just fine. So the sudden heaviness to the air shocked me.

Intake of breath. Shakes his head. Stares longingly out the window. Repeat.

Then – finally – Chris leveled his gaze with mine and declared, “Alex, I do not understand the American War of Independence.”

I would have laughed if not for the fact that I had expected him to admit to some obscure secret.

His beautiful British accent distracted me sometimes. Perhaps I hadn’t heard him correctly. “The American War of Independence!” he repeated. “We never learned about it in school. I really don’t understand what happened, other than the fact that, well, we lost.” He paused, as if still grieving for his country. “I know there was some tea…?” I nodded my head, only now beginning to giggle. “And…taxes….?”

“No, really!” Chris was wide-awake now, intent on understanding a part of our American history we know so well. “We never learned about it in school! The British school system went from the colonization of America to World War I. America? No, we lost that one, can’t talk about it. India? No, no, no, let’s discuss that time we were successful again.” He shook his head in disbelief at his own education. “They just skipped over all this important history, as if it never existed.”

That night, we had a romantic evening of Googling battles, dates, loyalists, rebels, and quotes (I corrected him to say “The American Revolutionary War” – updates to come on how his fellow British comrades handle the title). Oh, and taxes. He seemed much too interested in the tax specificities. We now have a young British financial consultant wandering around who knows more about American taxes circa 1776 than the average American toasting to the Fourth of July with his fifth beer.

Chris now understands the Revolutionary War. All is well. But his comment has stayed with me since that rather bizarre date.

Hundreds of years were just chopped out of his education system. It was a simple act of reframing that seems absurd to my eyes, and yet we see it every day, everywhere. Everything changes according to your perception.

Don’t believe me? Cersei Lannister, for instance, viewed her son Joffrey as a beautiful little boy. Her prized son. The rest of us just watched this ittie bittie psychopath prattle about for four seasons.

And The Knight’s Watch? Perhaps they’re “supposed” to be good, yet I despise every last one of them. But if the show had not forced me to fall deeply in love with Jon Snow, I wouldn’t now be Team White Walker.

Reframing, people. It exists in all aspects of our lives, and for Chris, it subtly altered his perception of history.

While a mysteriously missing 200 years in your education system may be an extreme example, I have to remember my own education. Did you know that I never learned about the Middle East from Elementary School through High School? I’ve accumulated my fair share of knowledge at this point in my life, but I don’t remember a single day in school when we took the time to focus our energy on understanding the intricacies of Jordan, or the cultural expectations and preserved history of Lebanon.

I knew I enjoyed Lebanese food.

We may have discussed the Middle East for a day? Maybe? But we spent at least a year total on the Middle Ages. (Ask me anything about the Norman Conquest of 1066. I dare you).

And it begs the question: what did you not learn about in school?*

The Fourth of July is coming up. And before we know it, the political races will be upon us. And the media, and the world, and thousands of Twitter trolls, will continue reframing issues to suit their own needs. Sometimes we do it on purpose. And sometimes it just happens, so blind are we to anything but our own perceptions.

human, and it’s one of the most ingrained flaws of politics. Many would argue that reframing is politics.

I don’t believe we can avoid it – at least not yet, anyway. Besides, a complete absence of reframing would result in a world run by robots, and we all know how that works out.

But I hope that as political parties frame and reframe their arguments, you remember that nothing is as it seems, and if we hope to become a great country – a place capable of innovation and success and leadership – then we have to be active learners in society. We have to find facts and synthesize what we learn, rather than blithely listen to the powers of the world tell us what to think.

People always seem to forget that the political elections belong to us, and we have the power to create something new, better, positive – the power to become a better example for future generations.

As I said, the Fourth of July is approaching. Our forefathers envisioned a place where we could vote for our rulers. And we still have that power. So if you’re frustrated with the political scene, or can’t stand various people in government, remember: they’re only leaders because of us. We voted them into power.

So let’s watch for the framing and reframing. Let’s be aware of our own biases and perceptions. And finally, let’s move forward, and see what we uncover.

This post was written by Social Media Consultant Alex Rogers. To learn more, visit her blog.

*Note that these were mine and Chris’s experience with our education; I would not presume every school handled topics congruently. 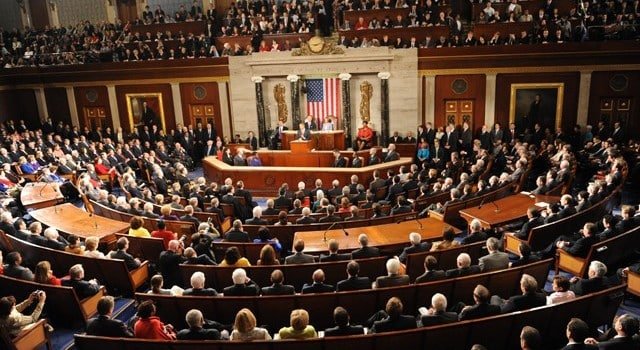