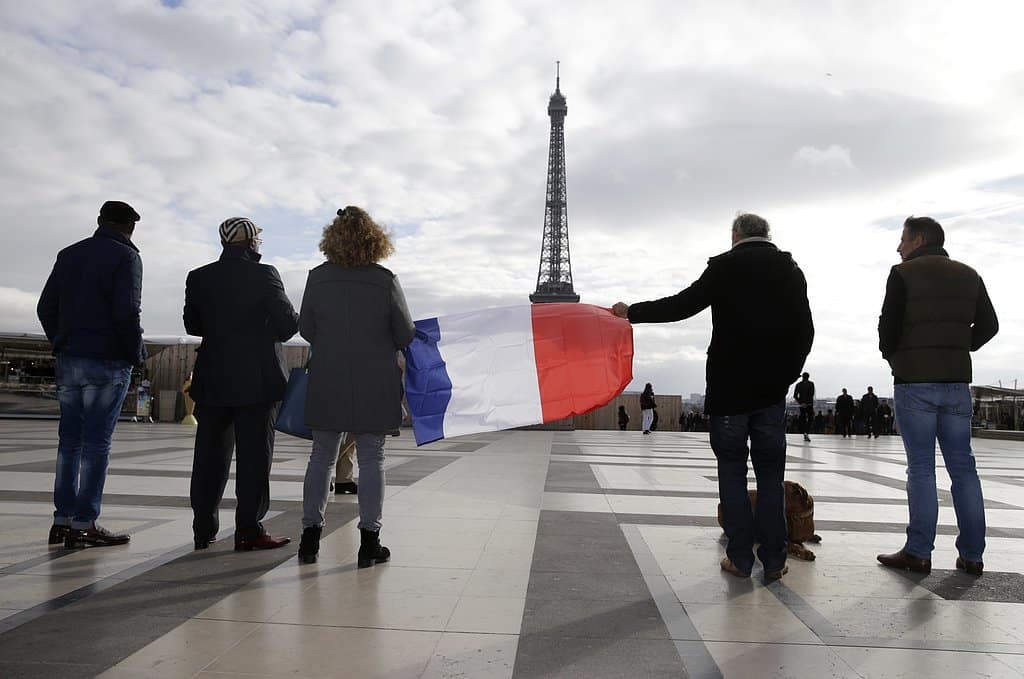 This is a note I began composing to my grown kids, one of whom is living in a major European City, the other at a large university. My colleagues urged me to share it more broadly. As one of them said, “Put it out there, people can use it or ignore it as they see fit.” So here it is.

Dear kids (and loved ones),

Imagine you are sitting at an outdoor café and somebody throws a bunch of firecrackers under the tables. You’d most likely jump up to see what the commotion was. Don’t. It’s the wrong thing to do.

This is exactly what happened in Paris last Friday at le Petit Cambodge, an outdoor café and bar. One of the witnesses I saw interviewed said the terrorist threw a bunch of firecrackers into the restaurant and the patrons stood up. The terrorist then calmly and coldly started murdering them one at a time. Fifteen people died there.

My friends at the Magis Group (they train special ops guys how to be cool as cucumbers under immense pressure) would tell you that the unexpected can create an initial startle response, which is governed in the human brain at a deep level, specifically the locus coeruleus in the brainstem and the amygdala in the mid-brain.

When firecrackers or other loud sounds go off, human beings instinctively respond by a lowering of the head and hunching of the shoulders, and, most notably, they will coil to be ready to run. If you’ve seen images of the Atlanta Olympic bombing (1996) or others when a crowd is exposed to a startling stimulus, the natural reaction is to orient oneself, including standing up to run. The shooter in Paris took advantage of this natural response to get clean targets.

The best way to train yourself to respond quickly to a potential threat with a truly defensive posture is to drop low and use cover, including tables, walls, or any other barrier. Since you’re in a duck shoot scenario, unless you’re armed and know how to use a weapon, responding to the threat by attacking is an unlikely response from most people. The attackers, in this case, are counting on the “sheeple response,” not a tactical response.

If you train your own brain to use a tactical crisis response, you may have SOME chance, at least a better chance, of surviving such an attack. If you have no plan of how to respond, or think, “I have no idea what I’d do,” then you are truly a sitting duck.   Freezing is the worst response, so you’ve got 2 pathways to follow, and you or your loved ones would benefit from having imagined how to make them work for you.

Now picture yourself in a nightmare where a “shooter” has entered the facility you are in. You have three choices. You can run. You can hide. Or you can fight.

Running is best. Get out of there. Fast. But if you’re going to run, make sure that there’s no clear line of sight between you and the shooter. Obstacles and corners are your friends. Know where the exits are and run away from the danger. Keep your head down and try to blend in. Simply running directly away from the attack is not necessarily good as it may allow the shooter a clean shot at your back. Don’t run towards the exit if the shooter is between you and it.

If the shooter has the exit blocked, hide. Play dead. Find the place as far as you can away from the shooter and hunker down. Again, breathe. Don’t sob and don’t make a sound.

If you have no chance to run or hide then fight like you’ve never fought before. This is the fight of your life. Fight to kill or to maim. This is a kill or be killed moment.   Use any object around you to gain an advantage from a pen to your perfume. Don’t be subtle. Don’t stop until they are fully and completely incapacitated.

Before you get to this point, always use situational awareness. Who/what looks out of place? Where are the exits? What’s your best path out of there? What’s around you that you can defend yourself with? Where could you hide? Additionally here’s an article from a former CIA operative that has some more tips.

Clearly it’s a F’d up world when you’re spending time thinking about what tips you can tell your kids and loved ones to survive an attack. I don’t want to be the crazy paranoid dad or uncle but here’s the deal: I have knowledge here. Feeling compelled to tell them this stuff sucks. Not telling them is worse, given the circumstances. So I’m now erring on the side of too much information, as there are evil people in the world and in the unbelievably small off-chance that someone I love does encounter this horror, I want them to know what to do. After all, whether it be an ISIL terrorist bent on Jihad or some crazy asshole with an AK 47 that walks into a movie theatre, a bullet doesn’t know the difference, nor does the flesh and bone that it strikes. Don’t let it be yours.

(Note: I’d like to thank my friend and colleague Stephen Robinson, the CEO of the Magis Group, for his significant collaboration and participation in this article).

For more background on Capstone’s CEO, John C. Rogers, click here for his bio at Capstone or here for his Wikipedia entry. Connect with him on LinkedIn or follow John on Twitter.’